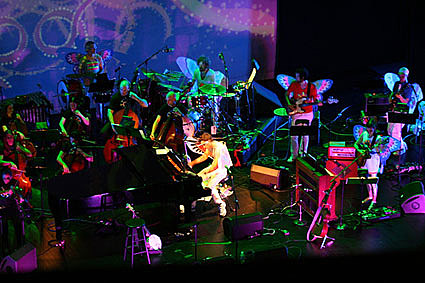 The first set of pictures was pretty limited, so here's some more.... 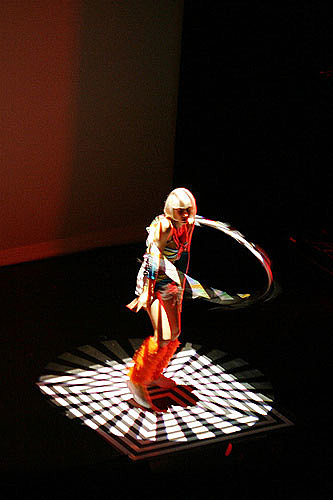 Yesterday at 9am I decided to call BAM to see if any tickets were released for Sufjan Stevens' "The BQE" world premiere; 2 seats were available, 10th row orchestra, middle. Without hesitation, I grabbed them and called Chris to tell him we were taking a 2 hour break from Savory to get cultured. [Savory Tidbits] 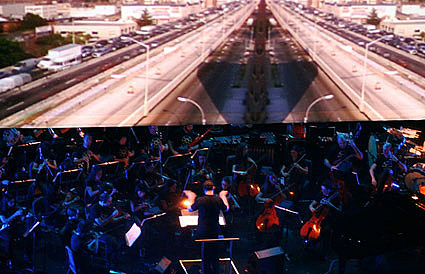 And (I didn’t realize this going into the show), Sufjan also shot all the film that accompanies the music. Dude’s got game for real. The film was beautifully shot on 8mm film, then either slowed or accelerated to match the musical pace. The footage was shot either on or around the BQE, and wonderfully illustrated the dichotomy of the BQE’s sheer ugliness as a road with the beauty and color of the neighborhoods and scenery it runs through. Lots of great traffic shots, pans through little neighborhoods, landscapes. It was just gorgeous footage. [ThePunkGuy] 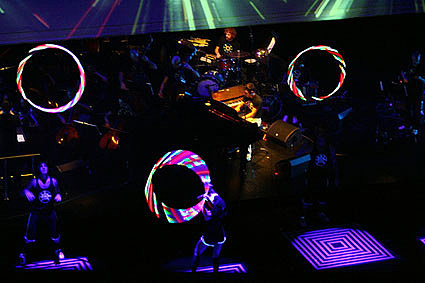 Following intermission, Sufjan played most of his well-known pieces with perfection and beauty. Many of the songs were reworked with revised melodies or longer endings. After the show, I felt somewhat guilty getting in my car and heading back to the West Village across the Manhattan Bridge. But as I approached the on-ramp, I looked up to see signs for the BQE and just smiled. [Crackers United] 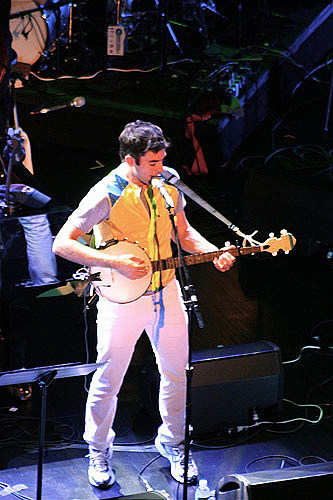 Sufjan performs BAM again tonight and tomorrow. Check out the first post for more pictures and lots of comments. All photos in this post by metrolens.