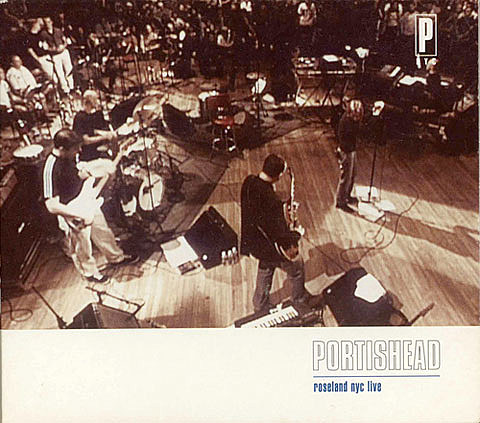 I know you're sick of Radiohead posts, but, well, they keep doing things! (and anyway, more importantly, this post also contains Portishead!). But back to the point.... Radiohead just played two shows at Roseland Ballroom, appeared on SNL, and on The Colbert Report. They're also rumored to play for Occupy Wall Street today at 4 PM, though that might not happen. In addition to all of that, Thom Yorke and Jonny Greenwood will perform on Fallon on Monday (10/3). According to Radiohead At Ease, they'll be performing "Give Up The Ghost."

Speaking of Fallon, his week-long run of Pink Floyd covers (that started with the Shins) continued on Tuesday when Foo Fighters played "In The Flesh" with Roger Waters, on Wednesday when MGMT took on "Lucifer Sam" off of The Piper at the Gates of Dawn, with help from Bradford Cox who was dressed as Joey Ramone. Dierks Bentley did "Wish You Were Here" last night (9/29). You can watch all three videos below.

Portishead, who plays and curated ATP NJ this weekend, will appear on Fallon on Wednesday (10/5), two days after Thom Yorke and Jonny Greenwood do. Portishead play their second of two sold out shows at Hammerstein Ballroom the same night.

Foo Fighters with Roger Waters - "In The Flesh" on Fallon

Dierks Bentley - "Wish You Were Here" on Fallon