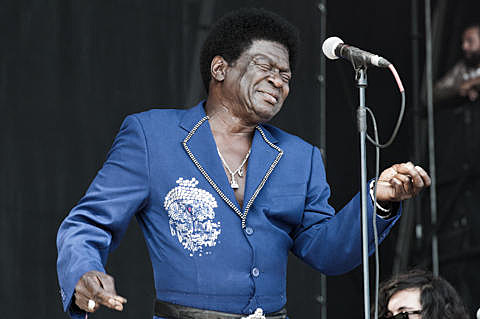 This morning, Rough Trade NYC announced a few of their first ticketed evening shows. Now they've just announced a whole lot more, including some free in-stores. The record store/venue opens on November 25 with a free show from Charles Bradley that night. Phosphorescent and Marissa Nadler will both perform free in-stores on November 30, and John Grant performs on December 3 which is free with purchase of his new album Pale Green Ghosts (which comes with an exclusive RT bonus disc). Similarly, Nick Lowe is performing on December 8 and you can get into that one by purchasing his new Christmas album.

Other upcoming free in-stores include Matthew E. White (11/27) and The Stepkids (11/9). Another ticketed shows has been added as well, Allah-Las on 12/6 (no ticket info yet). Updated Rough Trade NYC show schedule is listed below...

WE ARE SCIENTISTS- TICKETED SHOW