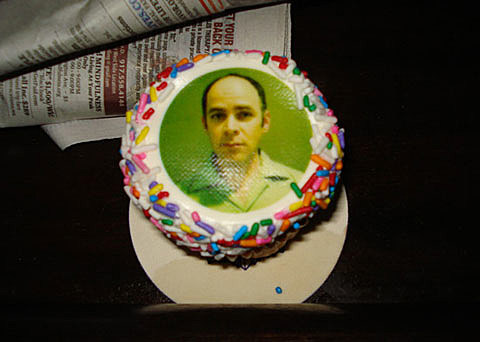 Todd Barry, after a delay due to Sandy, will be celebrating 25 years in comedy in December at the Bell House in Brooklyn. Guests at the 12/19 show, which is still on sale, are now listed as Janeane Garofalo, Ted Alexandro, Jim Gaffigan and Eugene Mirman (who hosted his own show at the Bell House on Sunday) (Nick Kroll was a secret guest). Get a ticket before it's too late!

If you don't get a ticket though, there are plenty more chances ot see Todd inside and outside NYC, at places big and small, and even additional times with Janeane Garofalo. One day after the Bell House show, and one day after that, and one day after that, Todd and Janeane will play an assortment of co-headlining shows at NYC's Eastville Comedy Club (where tickets are $20 each AND there's a two drink minimum).

But wait... wait until January because that's Todd will bring the "CROWD WORK TOUR" to the intimate, basement of Union Hall in Brooklyn for two shows on 1/21. Tickets, $12 each, are on sale now for EARLY and LATE.

More dates TBA? All we know now is that you'll also find Todd at Schubas in Chicago on 1/23 and 1/24, and at the Turner Hall Ballroom in Milwaukee on 1/25. Keep an eye on ToddBarry.com for more where that came from.