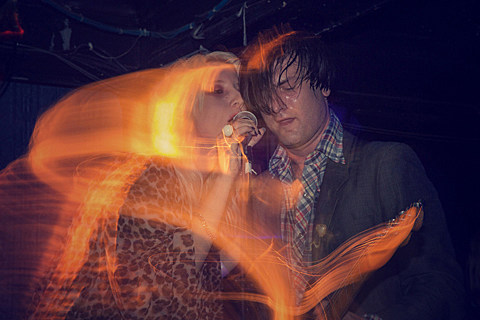 Vancouver punks Mormon Crosses toured last year as an opener for their neighbors White Lung -- the above picture is from the Chicago show on that tour when White Lung singer Mish Way joined them on stage -- and today they've put out a new two-song single, Exit Type (Two). The first song, "Braxton Hicks," features spoken word from Mish in a Patti Smith/Velvet Underground fashion, and the second, "Amber," has Mormon Crosses in a more aggressive punk mode. White Lung guitarist Kenneth William mastered the tracks.

Listen to both below, and grab the track with Mish for free at bandcamp.