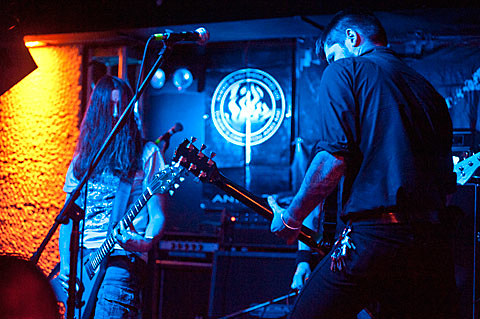 Boston crust-sludgesters Morne haven't released an album since 2013's Shadows, but that will change on March 1 when they put out The Coming of Winter: An Official Bootleg, a recording of a hometown show from December 2014. The band says, "This recording is a document of our Boston performance from December 2014. This is not a shimmering professional recording. It is raw, heavy and brooding. It is an unbiased representation of what we feel encompasses the experience of seeing Morne live, and we are very pleased to present it to you." Listen to the 11-plus minute recording of "New Dawn" below, and grab a free download of it at bandcamp.

Morne will hit the road again for a short Northeast tour in March which begins in NYC on March 26 at Acheron with crust-deathers Trenchgrinder and metallic hardcore band Sangharsha. Tickets for that show are on sale now. All dates are listed below.

Trenchgrinder also just dropped a new three-song demo last week, which you can stream, along with the list of dates, the Morne song, tour flyer and Acheron show flyer, below... 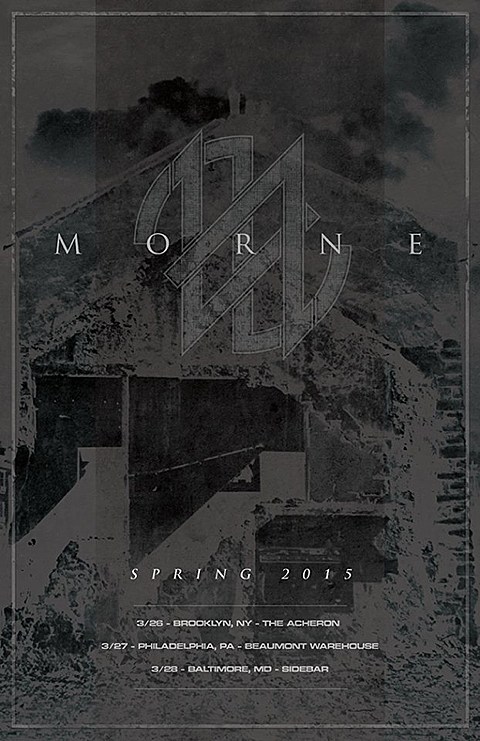 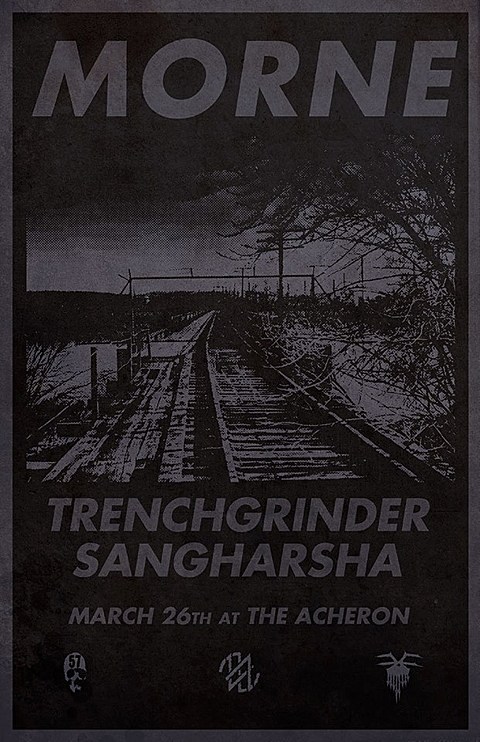