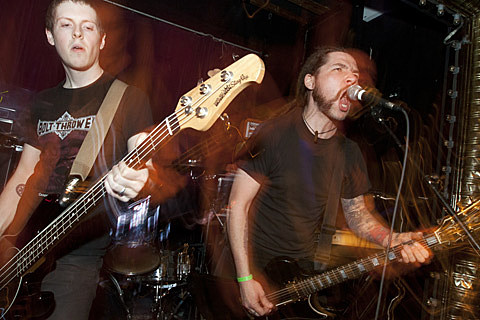 Outside of the previously discussed date with Antisect at Europa on June 10th (tickets), Morne will play a string of dates on their own at the end of March and into April. The four date East Coast jaunt will include a stop for an NYC date on March 30th at Saint Vitus. Tickets are on sale for this BrooklynVegan/Order of The Serpent Event.

The show will also include an appearance from Chicago's The Swan King, who released their Eyes Like Knives via Seventh Rule last year. Stream all of it below, and head to the band's Bandcamp to download a digital copy for free.

All tour dates and that Swan King stream, below...