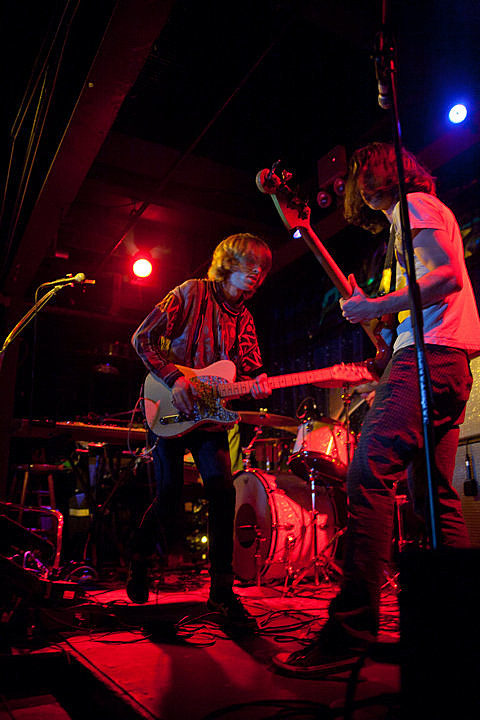 Morning Teleportation are on the East Coast and currently touring through the dirty south on their way up north and eventually the Midwest. The tour, in support of their recently released Expanding Anyway, hits NYC for a pair of dates: 4/7 at Mercury Lounge (tickets) and 4/8 Brooklyn Bowl (tickets).

If you feel like a road trip, head on up to Mountain Jam on Hunter Mountain in Bethel, NY on the weekend of June 2nd - 5th. There Morning Teleportation will be joined by My Morning Jacket, Dawes, The Avett Brothers, and many others as part of the jam-friendly festival. Tickets are on sale.

Speaking of My Morning Jacket, band will release their new album Circuital on May 31st through ATO Records. In preparation for the release, MMJ have dropped free live MP3s from their multi-day stint at Terminal 5.

All MT tour dates, their "Expanding Anyway" video, and the Mountain Jam lineup in video format, below...