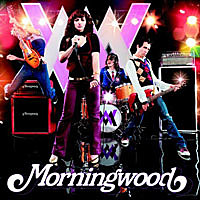 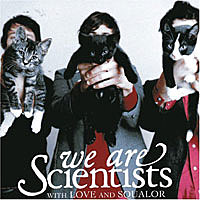 Two majorly catchy, major label rock 'n roll bands from NYC are releasing CDs on January 10, 2006. Despite potentially bad Pitchfork reviews (UPDATE: Pitchfork already gave We are Scientists a 6.7), both Morningwood and We are Scientists will likely rise to fame in 2006.

* Get Morningwood @ Insound or @ Amazon
* Get We Are Scientists @ Amazon

They'll probably land at least one SPIN cover each, and they'll likely graduate from Bowery Ballroom to, at least, Webster Hall. We are Scientists probably already have. 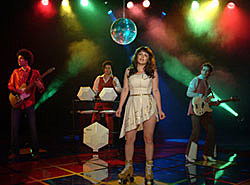 MORNINGWOOD'S STATS
* Pink is the New Blog declares "Morningwood is coming ... and you're gonna love them!"
* Stereogum is "Waking Up To Morningwood"
* Morningwood video was playing between bands at the MTVu Awards 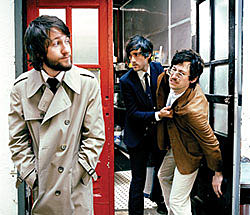 This isn't a contest (nor a scientific evaluation), BUT if I was betting....I'd put my money on We are Scientists. Though sometimes accused of changing their sound to match what's hot, they're more often accused of not taking themselves too seriously. The cool kids like them like they like Franz Ferdinand and not the Killers. Girls like them. Brits like them. Most importantly, they're fun live and they write hits.

Morningwood seems less of a sure thing. Though they haven't released anything in the UK (meaning we don't know what the Brits think yet), I think girls like Morningwood. Unfortunately, you more often hear boys making fun of lead singer Chantel because she doesn't look like Gwen Stefani (or something like that). The 'take off your clothes' shtick won't last forever (especially when you're marketing to teenage girls), but I doubt image will be their problem; look at the CD cover and their pretty videos.

Someone in the comments wrote that Morningwood are already getting a lot of mainstream press. That's good news. I've always been a fan of their entergetic live show and was excited for them when they got signed. It wasn't until their publicists left a bad taste in my mouth by leaving phony comments that I lost some faith. My favorite comment reads, "...anyway, time to pick up where I left off and drink a bloody mary and get my day started. M-O, M-O-R, M-O-R-N-I-N-G, W-O-O-D! Sing it!"