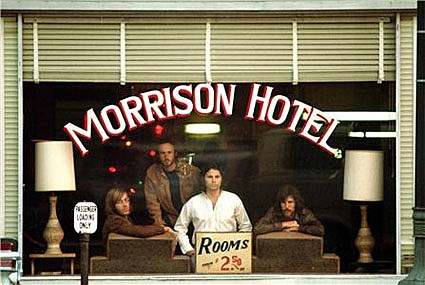 On March 27, The Morrison Hotel Gallery, the world's leading purveyor of fine art music photography, will open an exhibition space at 313 Bowery, former home to the famed CBGB's Gallery. At nearly 3000 square feet, 313 Bowery will be the Morrison's largest space, over twice the size of their existing galleries in NYC's Soho neighborhood, Los Angeles, and La Jolla.

The size of the space at 313 Bowery will allow the Morrison to mount their most ambitious exhibitions to date. "This new space will enhance our line of fine art music photography and puts us in a historical space where people can experience some very different shows than at our other locations," says Peter Blachley, co-owner of the Morrison. While the interior of the 313 Bowery space will change with each show, the Morrison plans to maintain many original elements of the CBGB's Gallery, including the bathroom graffiti, an original wall logo stencil and a panel of show posters and hand-bills from CBGB's 10th anniversary that were buried in an inner wall.

The 313 Bowery space will open with an exhibit by acclaimed British photographer and mixed media artist Steve Joester.
[plug in music] (via)