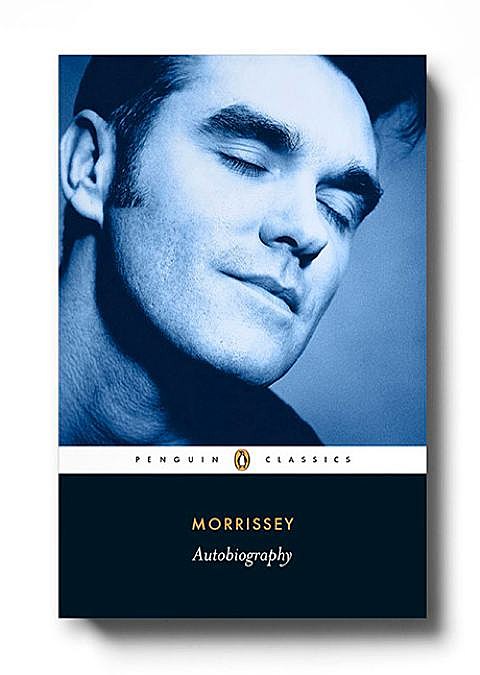 In a statement on Morrissey news source/mouthpiece True to You posted a couple days ago:

Although Morrissey's Autobiography was set to be available throughout the UK on September 16th, a last-minute content disagreement between Penguin Books and Morrissey has caused the venture to collapse. No review copies were printed, and Morrissey is now in search of a new publisher.

If you're saying "I didn't even know there was Morrissey autobiography coming out," you're not the only one. Though he'd mentioned in interviews over the last couple years that he'd been writing one, there hadn't been an official announcement about the release of Morrissey: Autobiography. (Also you'd think Moz would come up with a catchier title.) The Guardian contacted supposed publisher Penguin, who "refused to confirm or deny that the book was due to be published, or even the existence of the reported deal with the singer." True to You is also where the above supposed cover art came from.

And The Atlantic Wire, who couldn't find evidence of the books existence on online booksellers, further posits:

If the autobiography really is real and really is canceled, and was really supposed to be out on Monday, copies of the book would have had to be in stores' backrooms already and floating on editors' desks. The "official" statement says no review copies were handed out (convenient, but not true; there are always some review copies). A last-minute fallout would place a premium on someone with a stolen copy, and there would be at least one lucky soul on Instagram or Twitter extolling his/her possession of a Morrissey galley. We don't even have official book art, which usually comes out months before a book is sold.

Is this just Morrissey's way of shopping a book deal? No doubt a Morrissey autobiography would be, if nothing else, an interesting read. For now you're just going to have to sneak into his room just to read his diary -- just to see all the things you knew he'd written about you.

Morrissey is also not reuniting The Smiths and not signing to a label. Anything else he isn't doing?