Morrissey in Austin, one of his non-canceled 2014 shows (more by Tim Griffin) 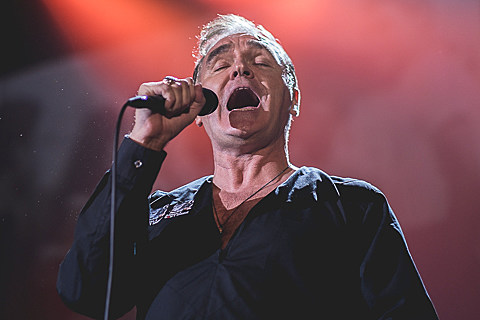 After Morrissey canceled the remainder of his 2014 North American tour after falling ill in Miami -- including his big NYC show at Barclays Center -- a statement was posted to official Moz mouthpiece True to You, basically pinning his illness on opener Kristeen Young:

Difficulties had arisen on May 31st following Kristeen Young's opening set at the Miami Knight Concert Hall, after which Kristeen confessed to "a horrendous cold", the symptoms of which were passed on to Morrissey resulting in the cancellation of the next show in Atlanta.

For the good of all, Kristeen was asked to step down from the immediate upcoming shows, but instead she decided to leave the tour entirely. Morrissey and the band wish her well and hope she is now in good health.

Ok. Regarding the recent True-to-you statement from Morrissey: I did not "confess to a horrendous cold". On Monday, June 2nd, I had an allergy attack that was over within 16 hours. I went to a doctor (on Monday, June 2nd), an allergy specialist, who gave me drugs for allergies...and they worked. I explained this (early on Tuesday, June 3rd) and offered this doctor's phone number to Morrissey personally, via email, and the tour manager, Donnie Knutson (for proof....since they seemed to doubt me). But, they NEVER followed up with me or said doctor. Also....it is incorrect that I "decided to leave the tour completely". I was asked to leave. Was called (in the presence of my band as witnesses) by Morrissey's booking agent, Dave Tamaroff, and told that there would be a new support band in Boston. I am very sorry that Morrissey is not feeling well. But I will not tolerate these lies....particularly about my health. This is really too much and bizarre.

Then, apparently producer Tony Visconti (who produced Young's new album and Morrissey's Your Aresenal) took Young's side on Facebook, which then prompted Morrissey guitarist Jesse Tobias to fire back. Here's a portion:

I was told after the show in Miami by Crew and Security that there was some concern because Kristeen was obviously unwell.

Our crew then tried to keep her at a reasonable distance but being in such close quarters for months these things sometimes happen.

I am Upset that in this situation Kristeen could not take the tour as a whole into consideration and just comply with the postponement announcement.

One could only assume it was necessary for her to justify herself and ultimately receive some promotion out of the matter.

This combined with Tony Visconti's Parrot Like affirmation on "Facebook" that "she is better off, is Morrissey Capable of being handled?" is Repulsive.

You can read the whole thing, with lots of Capitalized Words, over at True to You.Though the circumstances are a little unusual this time, Morrissey is no stranger to canceled tour dates. Much of his 2013 tour was canceled or postponed due to illness. Babel Music broke down the stats over the last 12 years:

Babel also started a White House petition to stop him from canceling any more tours, which was pretty much immediately removed as a violation of their Terms of Participation.

In happier news, though the Morrissey Barclays show on June 21 was canceled with the rest of the tour, opener Sir Cliff Richard says he's still going to play -- somewhere -- in NYC that day with "Full details of an intimate event" to be announced very soon. That's the Carry On attitude of a true British pro. Stay tuned! 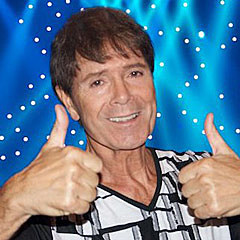