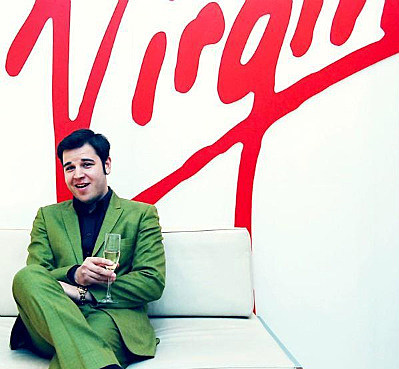 I guess some of this is technically old news, but I never realized it until this week. Morrissey, currently not actually on tour (he got to the US on March 6th after cancelling four shows, played one night, and then cancelled two more), was supposed to be touring with Massachusetts' neo-soul wonder-kid Eli Paperboy Reed. This was confirmed by Eli himself in a lemmingtrail posting. On December 5th Eli described the opportunity as "Totally nuts". Three posts later he wrote, "Yeah its insane. No animal products on our rider anymore!" (I like that part). BUT... Flash forward 8 dissapointing days later. Eli posted:

This isn't happening....Morrisey came to our show in London and said that we weren't right for his tour. Apparently on his last tour he kicked off the opening band after the first show so at least that didn't happen. I'm pretty bummed

That does suck. That also explains why Eli is available to play the Bell House (3/12, TONIGHT), SXSW, and a whole bunch of other shows this month including March 28th at Maxwell's.

That also explains why Bill Pearis' partly-published list of UK bands playing NYC this month included a band (that I am now just first posting about) called the Courteeners, who in addition to playing Mercury Lounge on March 17th, are in North America because they're touring with Morrissey (as opposed to being here because they're playing SXSW like most of their countrymen). And yes, Morrissey is a fan:

"Every song was very strong and full of hooks and dynamics. So many groups in England, they're hyped and they're all over the press, but they don't actually have any songs, they don't really have anything to offer ... But it's different with The Courteeners."
- Morrissey.

As much as I feel bad for Eli, at least the Moz is keeping it real. Eli is probably over it anyway. He's got better things to think about, like, eleven shows at SXSW, and...his major label record contract...

Reed spread the news earlier today via the Lemmingtrail music and arts message board.

"After what seemed like forever of contract negotiations on Tuesday I finally signed with EMI/Virgin Records," Reed wrote. "I am really psyched to start working on another record and to make the best damn record I've ever made. 2009 is going to be a good year, I think."

Reed wrote that his Virgin deal does not include his seven-piece backing band, the True Loves, due to their unstable lineup. But he added he will continue to work with them under some sort of "sharing agreement." Terms of the contract were not revealed. [Boston Herald]

All Eli Paperboy Reed dates HERE. All Courtneeners dates (including the three NYC shows with Morrissey that are hopefully still happening) (but not including any Morrissey dates before NYC - Red Cortez are the band opening, or not opening, the beginning of Morrissey's tour) and a video, below...

The Courteeners - "That Kiss"