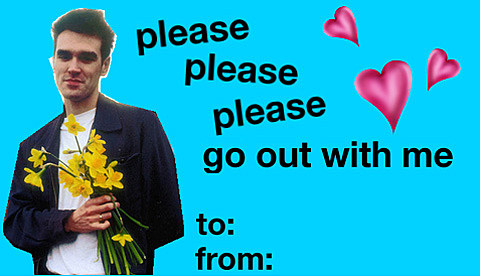 Morrissey was planning to play Reykjavik, Iceland at Harpa Concert Hall, but it is not to be because the venue's concessions served meat. "I love Iceland and I have waited a long time to return, but I shall leave the Harpa Concert Hall to their cannibalistic flesh-eating bloodlust," said Moz in a statement to True to You. Apparently, Moz couldn't find another suitable venue in Reykjavik so he's skipping the city altogether. The singer does have other European and UK dates coming up and those are listed below.

In related news, in what's becoming a tradition, on February 14 at The Bell House will once again host "Unloveable: A Smiths & Morrissey Valentines Day" featuring tribute act The Sons & Heirs, a special appearance by Doug Gillard, and the night's hosted by Rolling Stone's Rob Sheffield. Also on the bill: The Steve McQueens which is a Prefab Sprout tribute band. Who knew such a thing existed? Has someone told Roman A Clef? Tickets for this night of wistful unrequited love are on sale now. Flyer below. 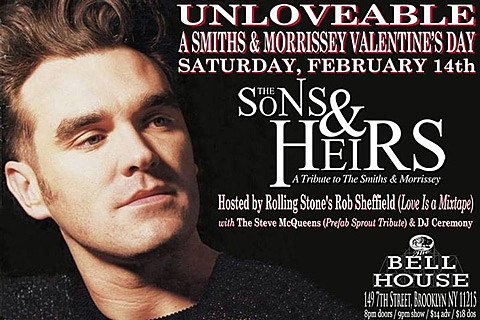