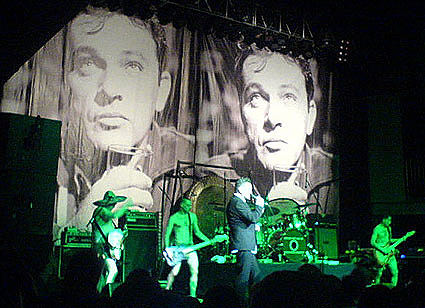 I have nothing but love for Morrissey. That said, this quote is kind of funny...

...And while Morrissey has tended to stay off the road for long periods, the upcoming break will last only a few months, given the high demand to see the man in person.
"He'll be back out in January," Mercuriadis says. "We'll take a short break and then start again in March." [Billboard]