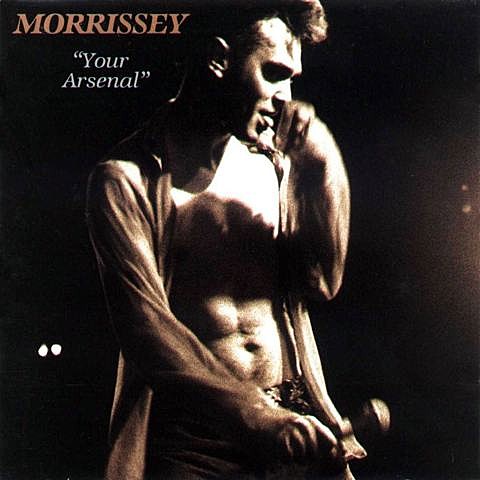 Sorry Morrissey fans. The NYC book signing that was announced for this Thursday (12/12) at Barnes & Noble Union Square is not happening. Don't blame Moz, though. Says B&N:

There was a miscommunication solely on the part of the store and Morrissey was not scheduled to make an appearance here on 12/12/13 as we had announced in error. We hope to see him in the future, but there is NO scheduled signing for Morrissey at this time. We greatly apologize to his fans and our customers for any inconvenience this has caused.

In other Morrissey news, February 24 sees a reissue of his 1992 album Your Arsenal on heavyweight gatefold vinyl or a CD that comes with a DVD of Morrissey's October 1991 concert at Shoreline Amphitheatre.