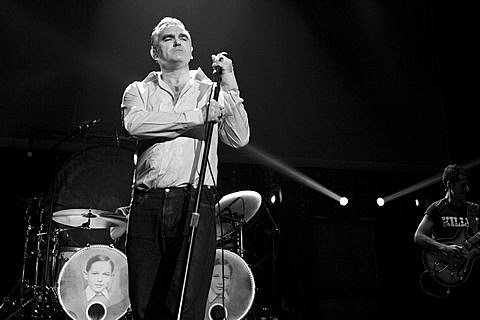 Morrissey has cancelled the remainder of his tour dates as he's still not recovered from a series of ailments. Official PR:

The remaining dates of the Morrissey U.S. North American tour have officially been pulled down due to medical reasons. The singer has suffered a series of medical mishaps over the past few months including a bleeding ulcer, Barrett's esophagus and double pneumonia.

Despite his best efforts to try to continue touring, Morrissey has to take a hiatus and will not be able to continue on the rest of the tour. Morrissey thanks all of his fans for their well wishes and thoughts. Refunds for the remaining shows are available at point of purchase.

Rest up, dude. Feel better and see you on the road soon. Cancelled tour dates are below.