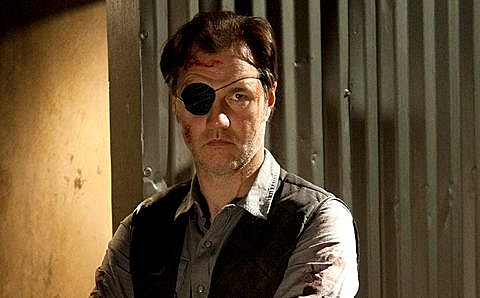 A couple Morrissey tidbits for your Monday. In a somewhat cryptic note on Moz mouthpiece site True to You, they note that the former Smiths singer was "discharged from Cedars-Sinai Hospital in Los Angeles following treatment for concussion, whiplash and an arm injury." No information about how he sustained these injuries, but "Morrissey would like to thank the medical staff at Cedars-Sinai for their 'outstanding level of care and attention'." Feel better, Moz.

In other news, Penguin Classics UK has announced that the audiobook version of Morrissey's Autobiography will, sadly, not be read by the man himself. They have gotten, however, another Morrissey to read it: actor David Morrissey who you may know as "The Governor" on The Walking Dead or from the BBC series State of Play. He will certainly bring a gravitas to the proceedings the soft-spoken singer probably wouldn't have. We shall hear -- the audio version is out December 5 in the UK.

The US version of Autobiography is coming out through Penguin imprint G.P. Putnam's Sons and hits shelves in hardback (the UK version is a paperback-only) on December 3.