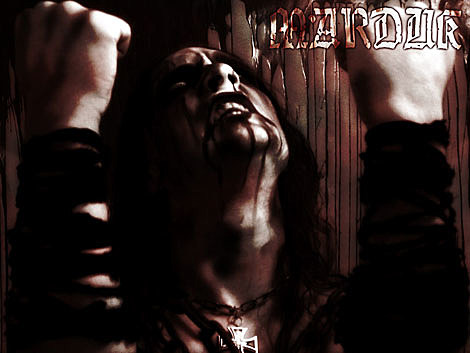 "The situation with MARDUK not having performed during the first week of Blackenedfest is due to vocalist Mortuus not having received his visa yet. Note, it is not a "denied" visa. The band filed for a P-1 non-immigrant work visa, which is required for a band to play in the states. The visa was approved by the United States Government's Homeland Security Office. Furthermore, as required, the band members each individually went to their Visa appointments at the US Embassy in Stockholm for the standard interview, at which point the persons handling the band's applications informed the band that there was no further action needed and that they should expect their passports in the mail with the P-1 visa attached. Everyone in the band received theirs except Mortuus. The day before tour, while the rest of the band were at the airport awaiting to board their flights to the US, Mortuus returned to the embassy to inquire as to the location of his passport. At this point, he was informed that he was missing one document in order to finalize the visa. No one in the band, nor the label, was made aware of this missing form. After we were made aware of this missing document, we provided the document to the Embassy in Stockholm and we are currently awaiting each day for the Passport to be returned to Mortuus with the visa stamp. The Embassy is aware of the urgency of this matter and we expect the band to join the tour in progress any day now. We are hope to announce the arrival of the band soon." -MARDUK

Pictures of the bands that did play the Irving Plaza show (Mayhem, etc), and all tour dates HERE.