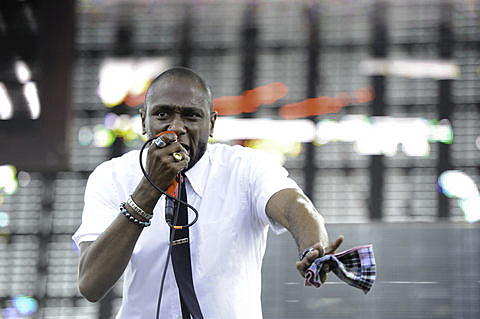 Following a lengthy line of rappers that have hung up their show names, rapper Mos Def says he's definitely giving up his rhyme alias come 2012.... the artist born Dante Smith revealed that he's changing his name to Yasiin. After more than a decade in the business, though, he won't be mad is you slip up and call him "Mos."
"No, no, not at all... 'Mos Def' is a name that I built and cultivated through the years... I feel that I've done quite a bit with that name. It's time to expand and move on."
...He's usually credited as Mos Def during cast listings. But his several identities will soon just be that one.
"I also don't want to have to deal with having any moniker or any separation between the self that I see and what [people refer to me as]," he continued.
At press time, his publicist wasn't able to confirm what Mos' full name will be after it's changed or if he'll simply just be Yasiin. -[EW]

Anyway, Yasiin is currently on the road with Talib Kweli as Black Star until early October. They play two shows in Chicago Friday night and will hit Irving Plaza in NYC on 10/5. Tickets are still available. All dates are listed below.

In other Talib Kweli and Mos De.. -ahem- Yasiin news, the pair will also cross paths on 10/8 at the previously mentioned Restoration Rocks! Music Festival on Fulton Street between Marcy & Brooklyn Ave. The FREE show, now with an expanded lineup, kicks off at noon and will close at 5PM, featuring appearances from Idle Warship (with Kweli), Pharoahe Monch, and the Brooklyn Philharmonic Orchestra with Mos Def. Flyer is below. More Mos Def & Philharmonic appearances listed HERE.

Talib Kweli and Pharoahe Monch will also cross paths at the just-announced Duck Down vs Blacksmith CMJ showcase at Music Hall of Williamsburg on 10/22 with Pharoahe Monch, Buckshot, Jean Grae, Smif N Wessun, Kidz in the Hall, Promise, and a Statik Selektah "Population Control" All-Star Set. Tickets go on sale at noon on 9/23, or you can use your CMJ badge (if you're one of the first 150 to try and do so). Flyer below.

All Black Star tour dates and flyers below. 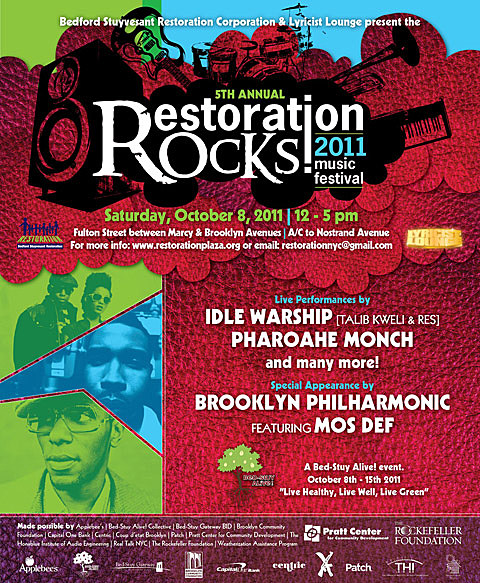