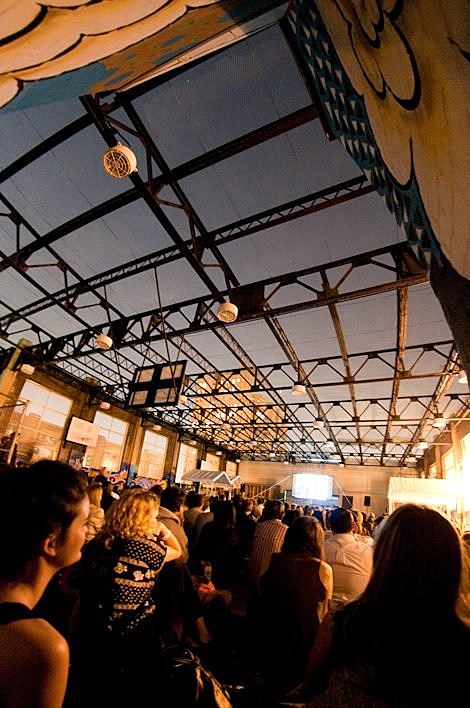 Rooftop Films is off and running with its summer series. But that's hardly the only outdoor movie series in NYC, though it might be the only one that costs money.

Hudson River Park's Take Me to the River '09 will present RiverFlicks, which shows movies for "adults" on Wednesdays starting on July 8th and films for kids on Fridays starting July 10th. That film series accompanies the park's RiverRocks shows. Bands appearing at RiverRocks include Yeasayer, Ted Leo, Matt & Kim, Radio 4 and Extra Golden.

All the above-mentioned events (barring Rooftop Films) are free and open to the public. All lineups and locations below...

Brooklyn Bridge Park's Movies With A View returns for its 10th Anniversary Season on Thursday, July 9, 2009. This summer, sidle up, nab a patch of grass and walk off with a night of fabulous entertainment without paying one red cent. Come down to the park to enjoy one of the city's premiere outdoor film series with an eclectic line-up of films and breathtaking views of the NYC waterfront. The films are chosen by an all-volunteer Film Committee and each feature is preceded by a short film. DJs from Brooklyn Radio kick off the evening, spinning tunes as the sun sets, while RICE sells delicious dinners onsite. Complimentary bike valet provided by the fine folks at Transportation Alternatives. Welcome to Stolen Summer, the season of capers, thrillers and heists! 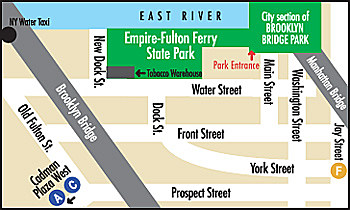 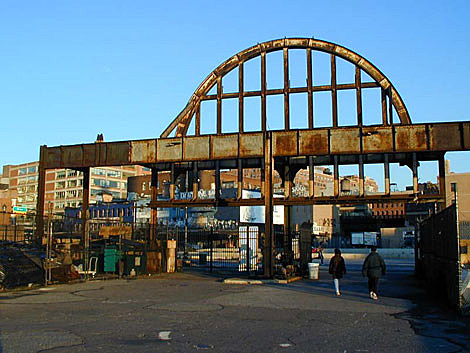 Hudson River Park's Take Me to the River 2009 Summer Events

Join us at Hudson River Park's Pier 46 as we screen new and classic films for the whole family! 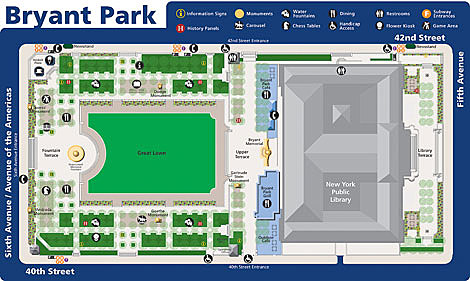 The lawn opens at 5:00pm for blankets (no plastic tarps please) and picnicking.
The films begin at dusk (typically between 8pm and 9pm).

Bryant Park is situated behind the New York Public Library in midtown Manhattan, between 40th and 42nd Streets & Fifth and Sixth Avenues. 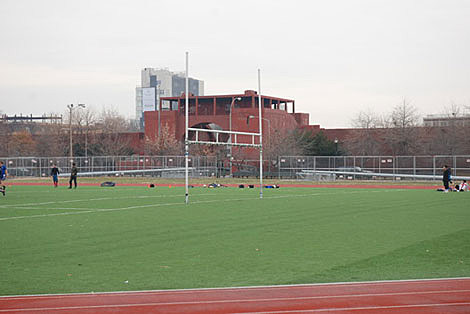 This year, SummerScreen will take place at the ball fields at McCarren Park on the corner of Bedford and North 12th.