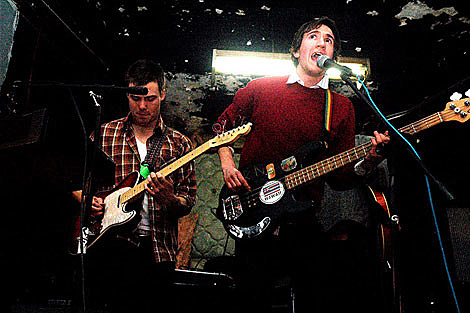 If I had a reputation to gamble, I'd put it all on Motel Motel. I've said it all before, but this is a gifted band which equals the sum of all its parts. Each of the 5 members is a technically efficient musician that brings in different tastes and ideas. That in itself is the foundation for a good band with a unique sound. You put 5 guys influenced by the Pixies together, and you're gonna get a band sounding remarkably inspired by the Pixies. Motel Motel, on the other hand has influences all over the map, most noticeably classic folk, indie rock and even a bit of punk rock.

I've seen them quite a few times now, and every time I'm just a bit more blown away at their compositions. With each performance they seem to get tighter, and seem to add something else to make their songs even grander. Their first album "New Denver" was a great record, pretty much overlooked by the music media, but the new songs they are introducing to their sets are even more dynamic and ambitious. The guitars are bigger, the lyrics smarter, and they've very intelligently brought vocal harmonies into the mix.

Saturday night (1/31) they played Market Hotel in Brooklyn and just as always they played with a refreshing enthusiasm, taking a break midway through the set to wish guitarist Mickey Theis a happy birthday with a lit birthday cake.

While they haven't yet gotten the praise they deserve, 2009 could definitely see that change. Their next NYC show is February 13th at Southpaw - part of the BAM Sounds Like Brooklyn festival happening at multiple venues in the borough. The Canon Logic and Holly Miranda are also on that bill. More Motel Motel Market Hotel pictures, and a couple more dates, below... 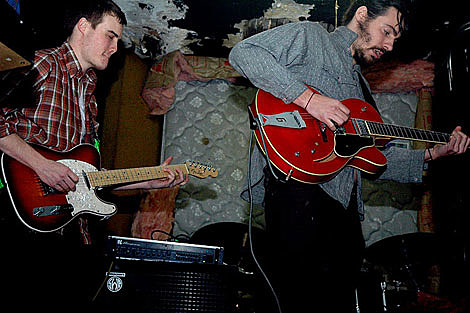 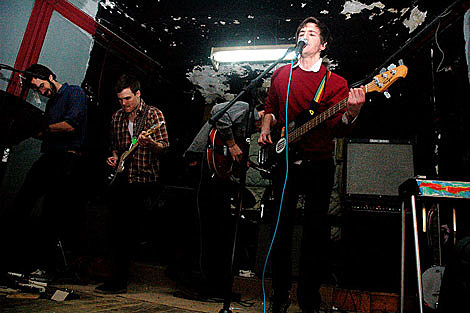 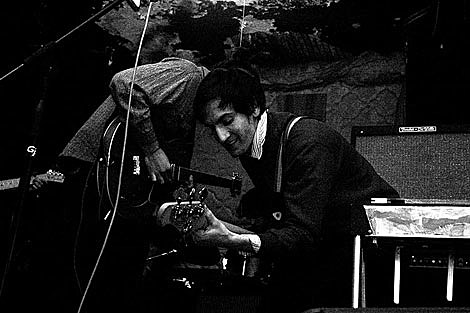 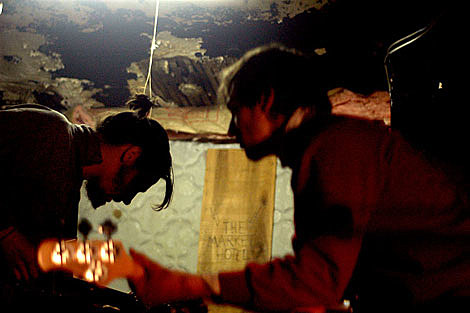 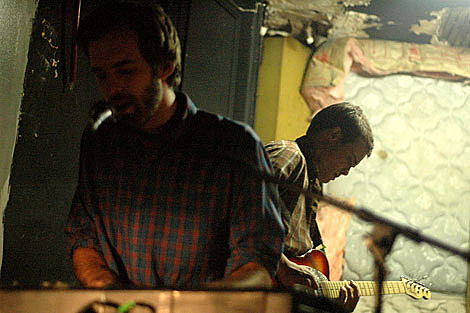 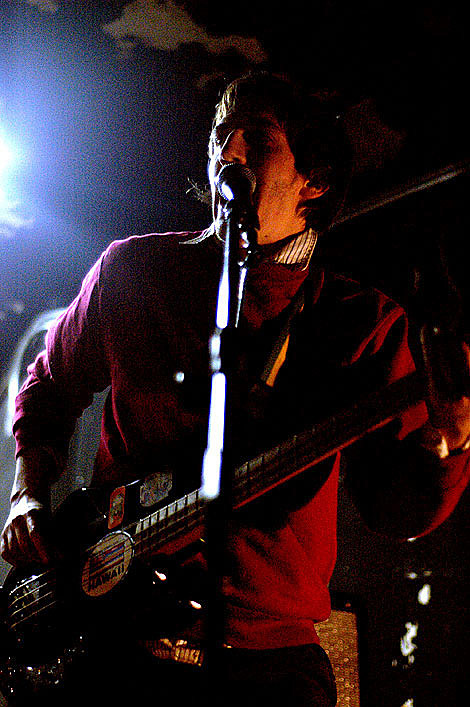 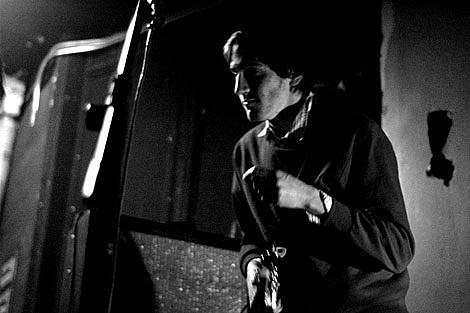 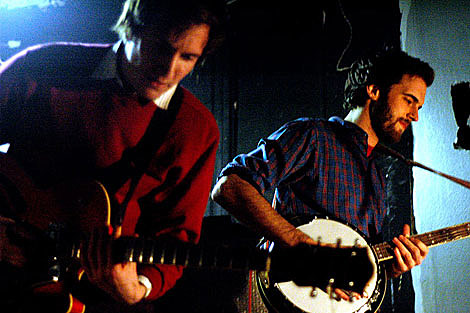 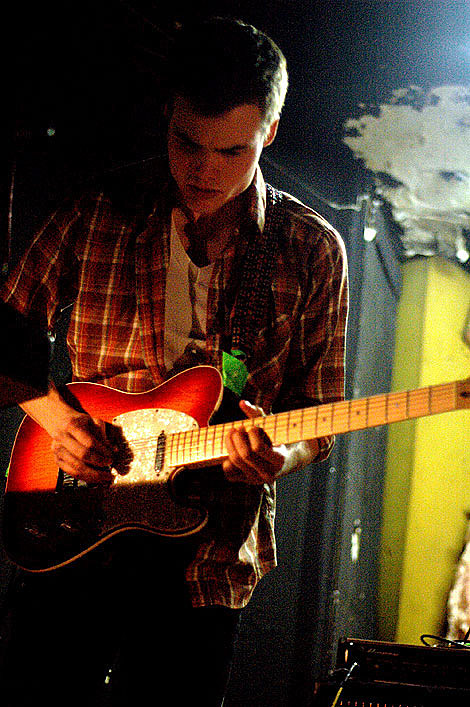 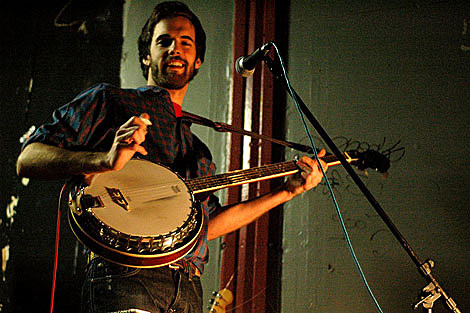 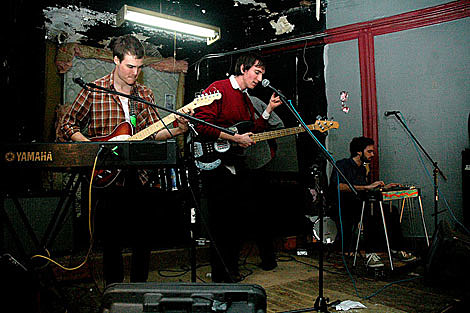 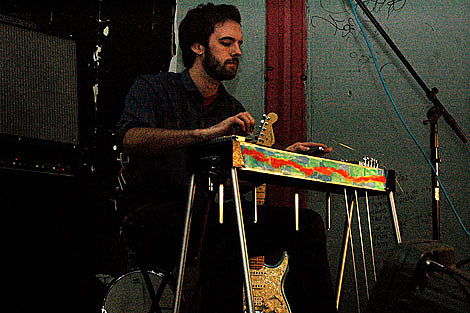 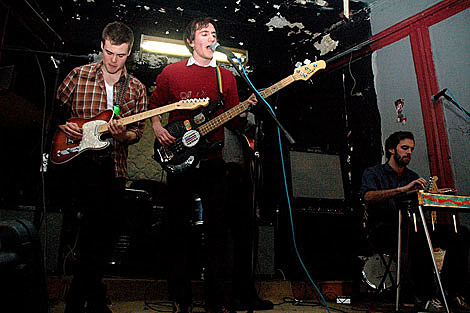 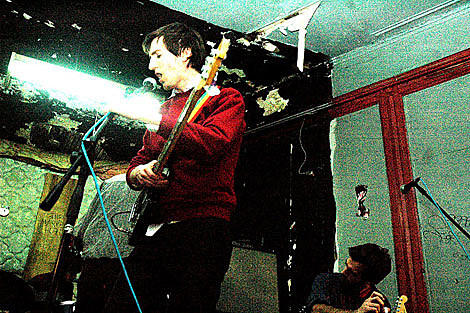 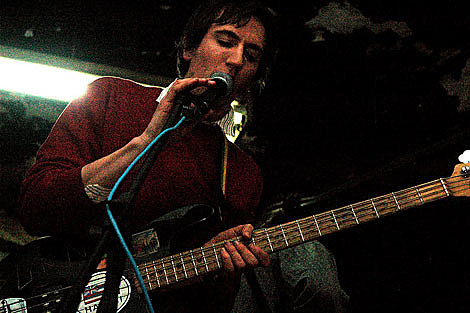 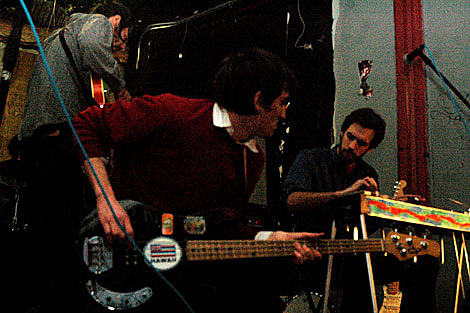 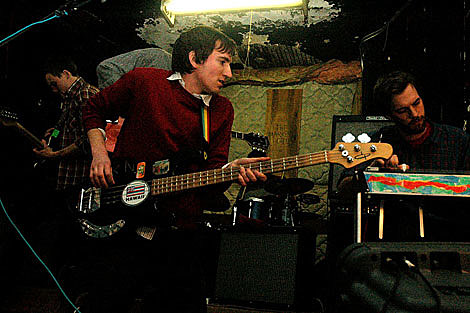 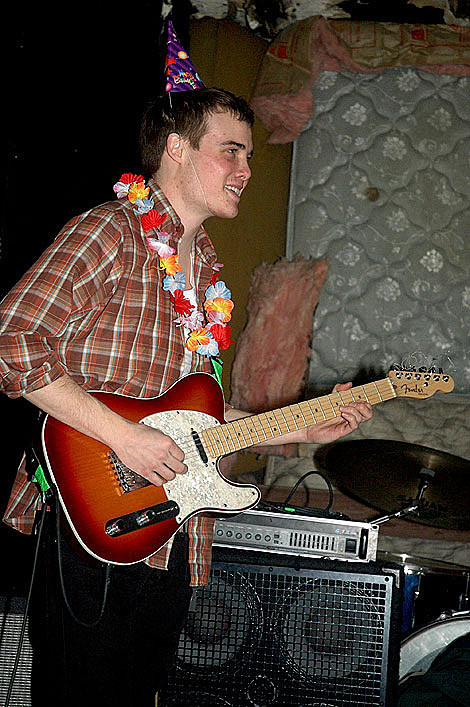 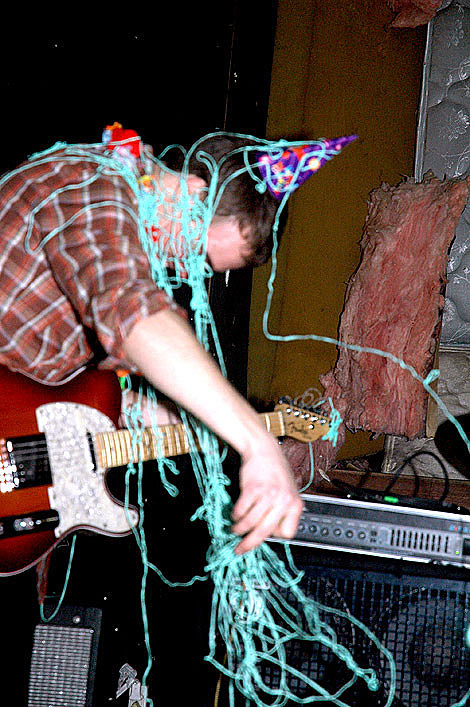 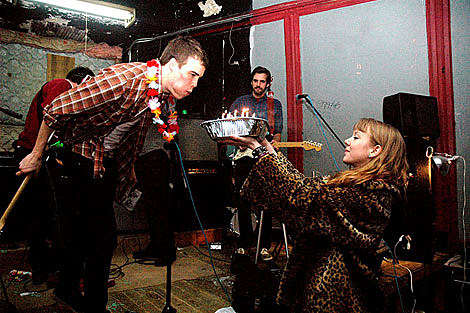 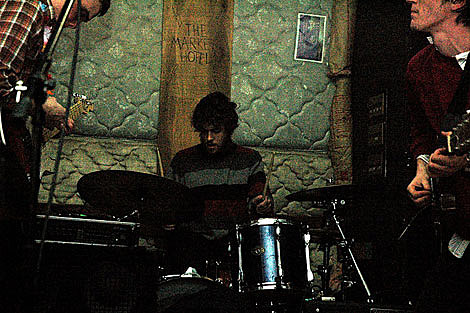 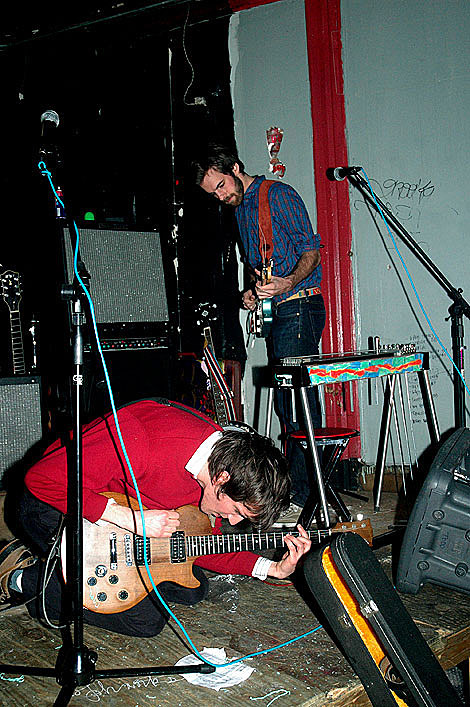 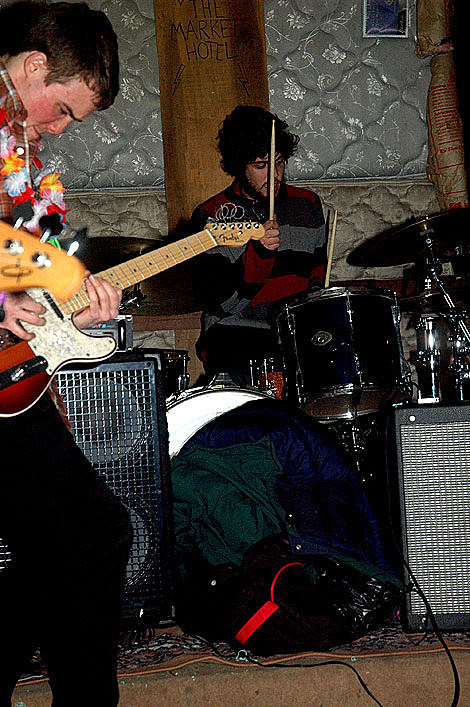