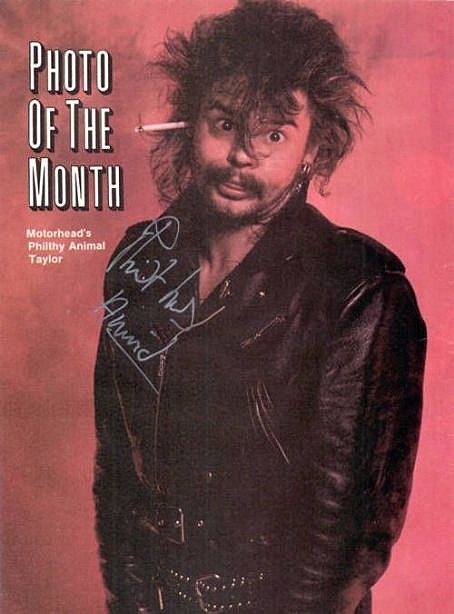 Sad news today in the rock world: Phil "Philthy Animal" Taylor, longtime drummer for Motorhead who was with them from their 1975 debut recording On Parole through 1992's March ör Die, has passed away. The news was broke by another former Motorhead member, "Fast" Eddie Clarke, on Facebook:

My dear friend and brother passed away last night.
He had been ill for sometime but that does not make it any easier when the time finally comes. I have known Phil since he was 21 and he was one hell of a character. Fortunately we made some fantastic music together and I have many many fond memories of our time together. Rest in Peace, Phil!

Rest in peace, Phil. You'll be missed but not forgotten.