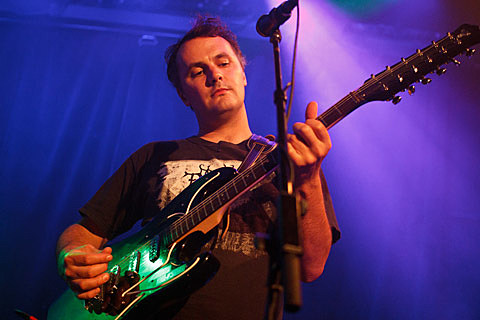 Mount Eerie (aka Phil Elverum) is about to kick off a tour of Japan this week, and upon returning to the US, he'll play "2 full band shows out of nowhere in NYC" on November 28 at Le Poisson Rouge and November 29 at NYU's Kimmel's Eisner and Lubin Auditorium on the 4th floor (60 Washington Square South) with Heaven's Gate, These Days, and ADVAITA. No opener for the LPR show has been announced yet and tickets are on sale now. Admission for the NYU show is free to NYU students and $3 to the general public.

In late January, Mount Eerie will head to Australia (dates TBA), and then in February he'll do his first ever New Zealand tour. All dates are listed below.

Mount Eerie released two albums this year, Clear Moon and Ocean Roar. You can stream some tracks from both albums and check out a list of all dates below.