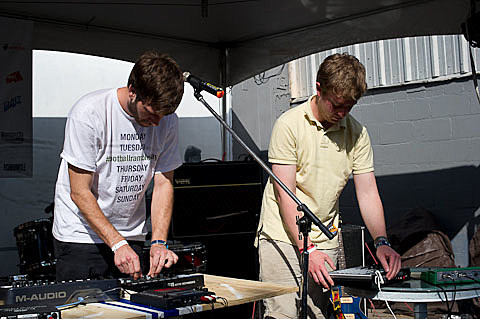 As mentioned in a post about their collaborator James Blake, and again in a post about their opener Jamie Woon, Mount Kimbie play Le Poisson Rouge in NYC tonight (3/24) as part of a tour they've been on since SXSW where, among other shows, they played a set in the sun at the BrooklynVegan Day Party Saturday at Barbarella:

"After technical difficulties earlier in the week, London duo Mount Kimbie lucked out with the excellent sound system at Barbarella. Standing in the bar's back patio in front of the stage was like being hugged around the legs by an electric field of bass, while melodies and sound effects flitted at chest and head level.

In the burning midday sunlight, some hipster moved a pleather couch to the ideal viewing spot, dead-center in front of Mount Kimbie. He had a great view, but the really important stuff came out of the speakers.

At root, the music was about R&B chord progressions. Four chords, with all kinds of implied melody. Over that foundation, Mount Kimbie created surround-sound cave-like atmosphere with digital samplers and keyboards. Echoes with vague sources, bird-like squeaks, metallic clanks. Everything overlayed and more layers kept piling on, with initial melodies later revealed to be harmonies to more important melodies. Inevitably, a rolling/clacking beat and major bass were introduced, and that's how you knew it was dubstep, the electronic music subgenre Mount Kimbie belongs to but is constantly escaping.

Unlike dance music that repeats with little variation, Kimbie played "songs" in the rockist sense, and used instrumentation from that world, as well.

Mount Kimbie were introduced by the cast of Workaholics, and went on after Trail of Dead and !!! and before a day-closing set by Daedelus.

Tickets to the NYC show are still available. More pictures from our day party and all tour dates, below... 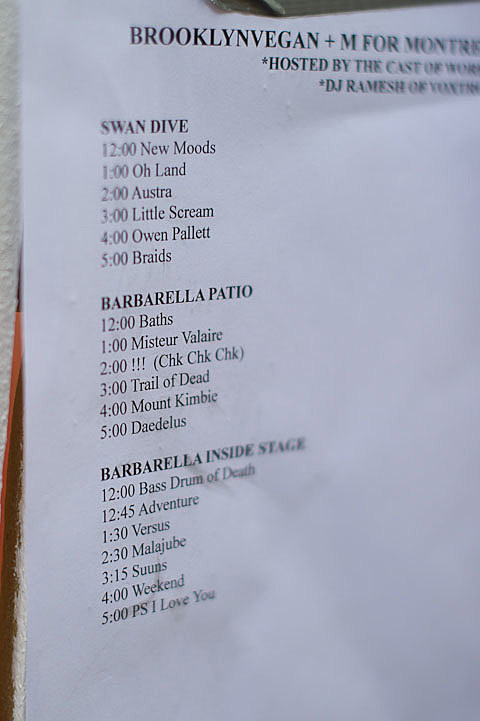 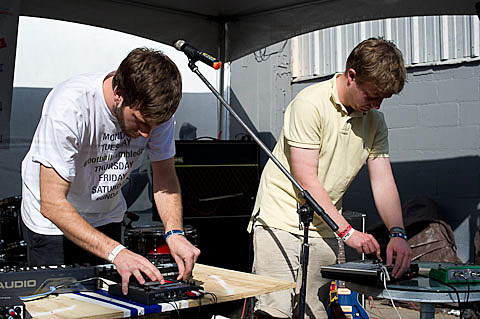 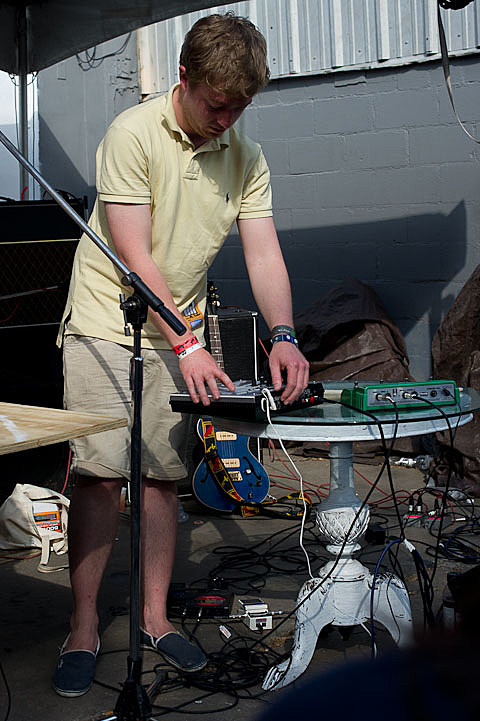 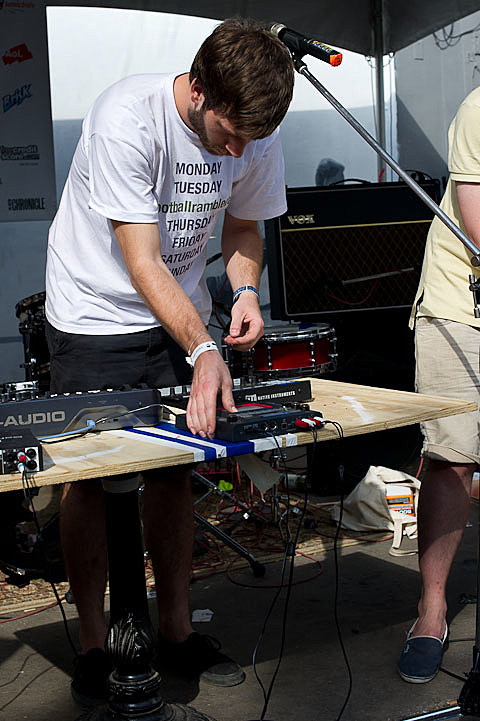 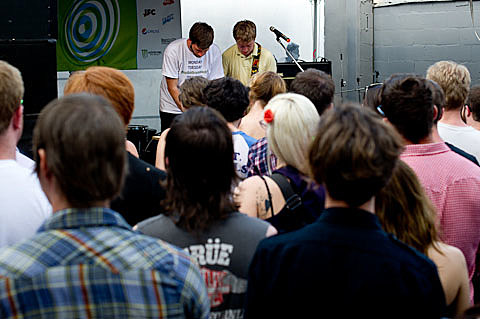 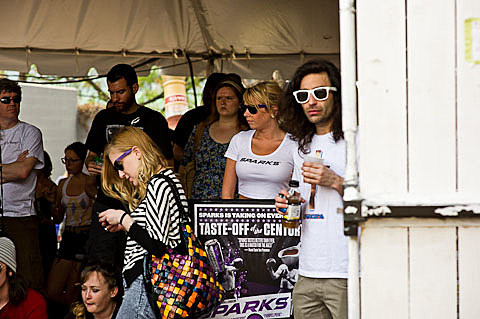