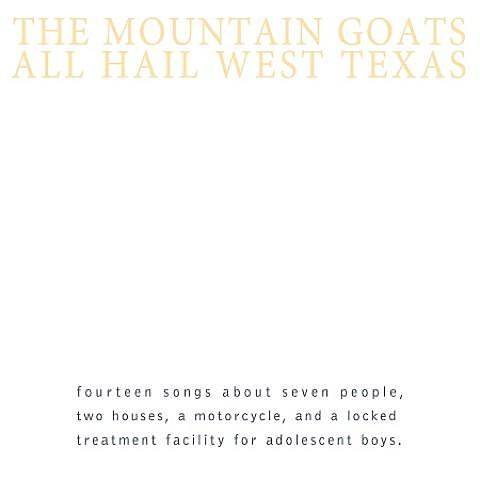 The last of the "all-home-recordings albums" by the Mountain Goats and the only one about which that claim is true, All Hail West Texas was originally released as a free-standing compact disc on the late, lamented Emperor Jones. That was about a decade ago. The songs were originally transferred from the cassettes onto which they were recorded to 1/4" reels at Tiny Telephone by Alex Newport, who also played in Fudge Tunnel. John got really excited when he realized his tapes were being EQ'd by the guy from Fudge Tunnel.

Remastered from those reels, along with 7 unearthed songs from the two surviving contemporaneous cassettes, All Hail West Texas stands as the peak of the Mountain Goats' home recording era, a time people like to refer to as "when John Darnielle had his four-track," except John did not actually use a four-track. He used the condenser mic of a Panasonic boombox and there was no overdubbing. All songs recorded on the day they were written, usually within minutes of the actual composition. Highlights include "Jenny," "Fall of the Star High School Running Back," and "The Best Ever Death Metal Band in Denton," a song which has compelled audiences around the globe to yell "Hail Satan," and to mean it.

The Mountain Goats' All Hail West Texas reissue will be out July 23 on Merge and contains a newly penned 1,800-word essay by John detailing his songwriting and recording process for the album.

As mentioned, The Mountain Goats will soon be on the road in duo form (with Peter Hughes joining John Darnielle), including an NYC-area stop at Maxwell's on June 5 which is, unsurprisingly, sold out. All Mountain Goats dates are listed below. 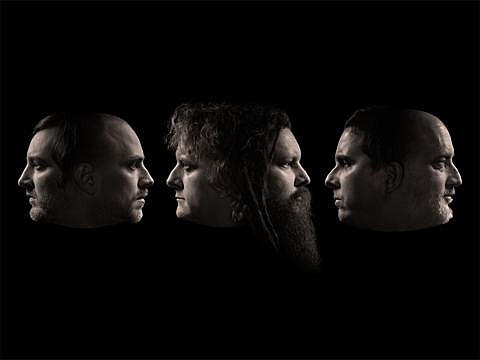 The tour is with Texas vets The Baptist Generals whose new album (and first in 10 years), Jackleg Devotional to the Heart, is out next week (5/21) via Sub Pop. You can stream the entire album below. They have their own headlining NYC show on June 6 at Mercury Lounge and tickets are still available for that one.