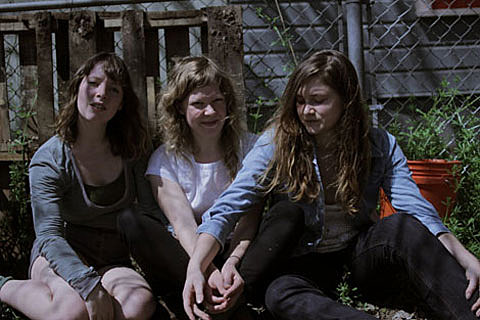 At first when the microphones were feeding back and interrupting my enjoyment of "Animal Tracks" I didn't know how Mountain Man was going to handle it. There was nervousness on their faces. Their eyes darted back and forth around the room, from the mics and to each other and at Ari and Sawyer in the front row. And then, the women said "fuck this" and pulled the mic stands to the back of the stage and announced triumphantly that they'd be singing un-amplified. The entire room heaved a collective sigh of relief. After just a few moments the bar was mostly quiet and the crowd was on the ground. [Memory Microphone Emotion]

That's a review of Mountain Man's set at the Longbranch Inn during SXSW. Since then, the group of three talented women - Molly Erin Sarle, Alexandra Sauser-Monnig and Amelia Randall Meath - have signed to Bella Union in Europe and Spunk in Australia (American home TBA shortly). Their tender harmonized debut, Made The Harbor, is expected to come out this summer in the US (June 14th in Europe).

Currently, Mountain Man's tour dates are scant, with festivals in the UK and Europe starting this June... and just one US show. We couldn't be happier that they accepted our invitation to come all the way from Vermont to open for the Middle East at the BrooklynVegan-presented show at Mercury Lounge on Wednesday, May 19th (that's before the Middle East's two sold out NYC shows with Mumford & Sons). Tickets are still on sale. Grab 'em while you can.

Videos of the band (who isn't affiliated with the possible fest of the same name), the art and tracklist for their new record, and tour dates are below... 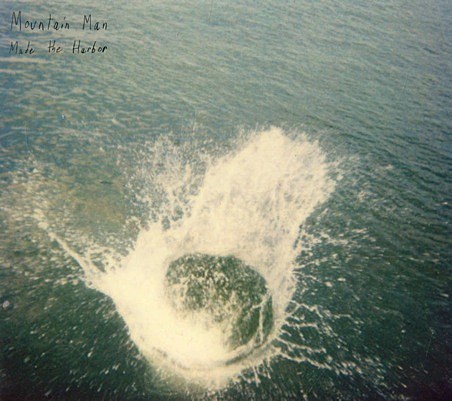