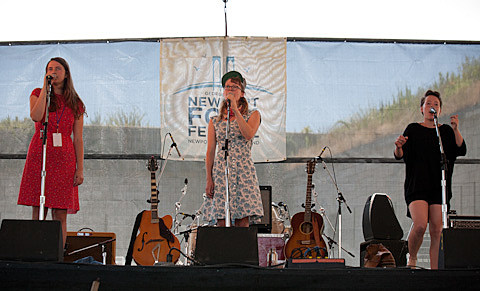 The ladies that are Mountain Man played Mercury Lounge last week (7/28) with BOBBY. Due largely to the un-Google-ability of their name (and recent self-titled album), BOBBY has enjoyed a certain amount of mystique, but chances are they won't be able to hide in the shadows much longer--especially not with Mountain Man members Amelia Randall Meathe and Molly Erin Sarle contributing vocals.

Comprised of college buddies and label mates alike (none of whom carry the band's name), BOBBY makes the kind of music you might expect to underlie a Michael Gondry dream sequence: warm, woozy, and somewhat enigmatic. The music is at times subdued and trance-inducing, but Amelia takes the opportunity to dance at the slightest uptick in tempo, which helps elevate the mood both on and off stage.

Though their set was brief, each of their five songs was its own slowly unfurling world of swirling guitars, drums, and keys. As on the album, the dual male/female vocals, though an important component of the music, were typically indecipherable and impressionistic, contributing more to the feel of a song than its meaning.

BOBBY and Mountain Man may be complimentary due to the overlapping members, but they have quite a different sound. In stark contrast to their predecessors, Mountain Man played quick songs built almost entirely on vocals that sparkled in their simplicity.

Appropriate for a group whose discography contains a handful of hymns and traditional songs, Mountain Man effortlessly brought the otherwise chatty crowd to silence as soon as one of the members began to sing. The reverent behavior--though entirely warranted and necessary due to the volume of the performance--was so pronounced that it even elicited an appreciative comment from the band at one point.

The notion of an a cappella-heavy act might seem odd for club show, but Molly, Amelia, and Alexandra easily won the crowd over with their beautiful harmonies and endearing delivery. Their stories and non sequiturs had the crowd laughing between nearly every song. At one point they even welcomed a stranger on stage to share her recent dream: a crazy fabrication that included everything from stalactites to an octopus. (The look on Amelia's face during the description of the naked mermaids was priceless.)

Instead of relying on a strict set list, Mountain Man's performance was governed by both crowd suggestions and the band's whims. In the absence of accompanying instruments to provide the correct key (save for the occasional appearance of an acoustic guitar), the women prefaced each song by singing the opening note of their ensuing 3-piece harmony, all the while smiling and adjusting the pitch when necessary.

Mountain Man played a diverse set that included both a number of songs from their recent album and a handful of surprises, including a snippet of a song by The Monkees ("Whole Wide World"), a Michael Hurley cover ("Werewolf"), and "I Left Her Standing There," an amazing song the DeZurik sisters sang in the '30s that features yodeling. They concluded by leading the crowd in singing a beautiful one-song encore of "Beauty is Before Me."

The show was three days before Mountain Man played the second day of the Newport Folk Festival (7/31). We don't have any pics from Mercury Lounge, but more pictures and a video from their Newport set, and the setlist from the Mercury show are below... 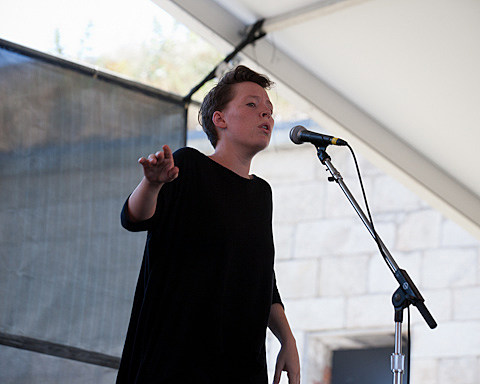 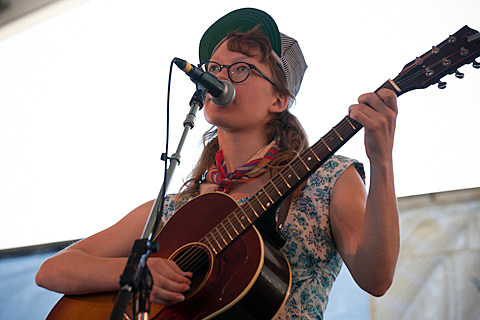 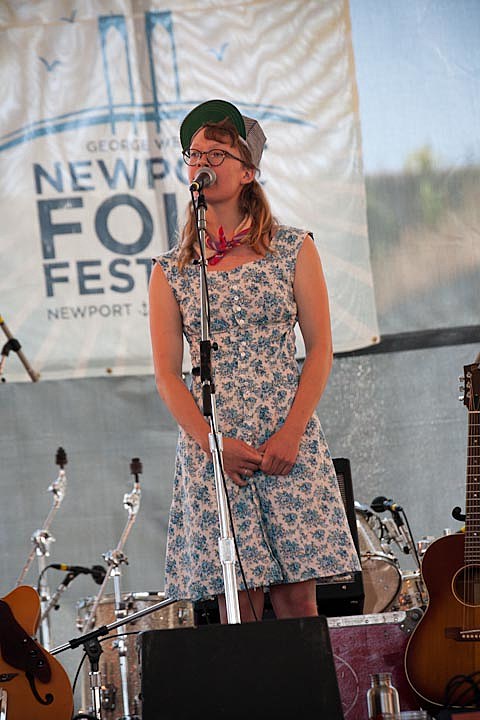 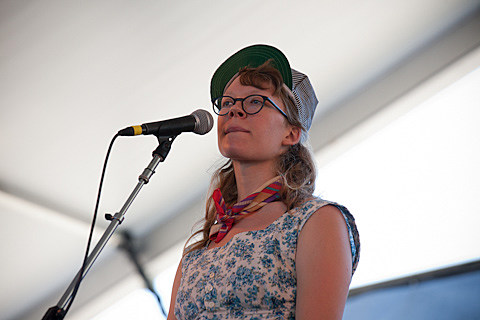 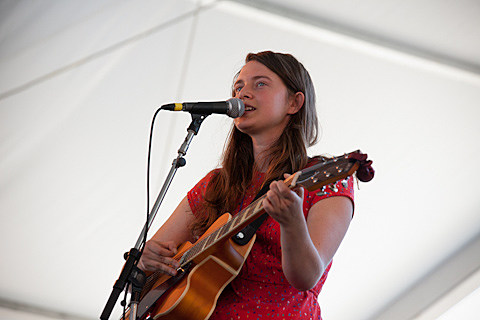 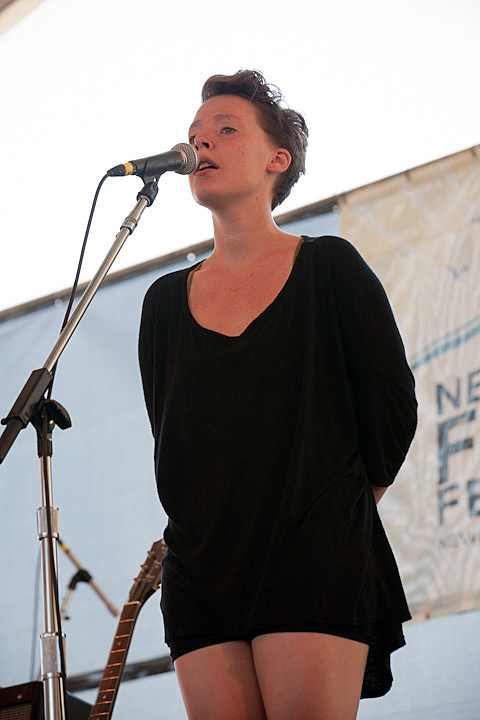 Encore
Beauty is Before Me
--