Mouth of the Architect 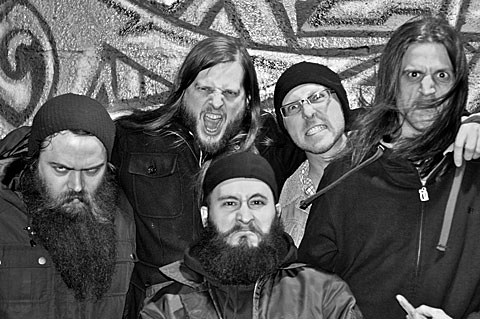 Atmospheric post-metallers Mouth of the Architect will be heading out on the road this August with the moody instrumental metal group Set and Setting. The tour lasts eight dates, starting in Tennessee and finishing up in Boston. The two will hit The Acheron on August 29 with the orchestral So Hideous and sludgesters HUSH. Tickets are available now. All tour dates are listed below.

Mouth of the Architect will follow up the short run with more dates in October and, possibly, new material shortly there after. Says the band:

We will be announcing some more tour dates soon for October. We're really looking forward to getting on the road again this year and we've been working on some new material for next year as well as a live video project that hopefully will be available next year as well!

Tourmates Set and Setting signed to Prosthetic Records in May and will have their second LP out sometime this summer. So Hideous and HUSH. both recently released new recordings. So Hideous dropped Last Poem​/​First Light in April and HUSH -- who we premiered a track from on Invisible Oranges -- put out Unexist in June.

All of the dates are listed, along with streams from the bands, below...