Mouthpiece Reunion at CBGB's in 2000 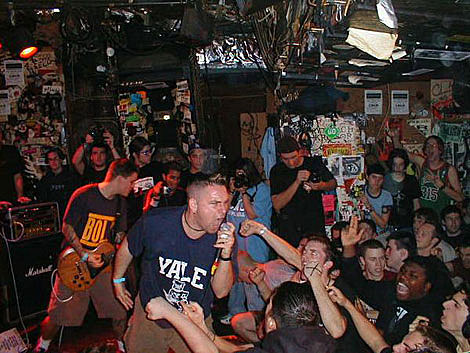 Thank god for reissues. New Jersey sXe hardcore diplomats Mouthpiece, who originally called it quits in 1996 but played a handful of reunion shows in 2000, have released Can't Kill What's Inside: The Complete Discography out now on Revelation Records. Who was Mouthpiece, you say? 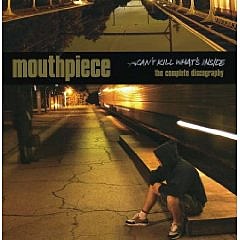 Mouthpiece was a New Jersey straight edge hardcore punk band from 1991 to 1996. While they had only three records, they had a huge fan base during their time together. Often seen as one of the last bands of the youth crew era, or the earliest revival of it, their popularity was due in part to the relative scarcity of other bands in New Jersey at the time. However, many fans and critics alike credited them as a rare voice of reason in comparison to the aggressive trends in straight edge bands at the time. -[Wiki]

Mouthpiece dropped their seminal What Was Said in 1993... Check out "Column" from that record above and check out a really interesting piece on the cover art by vocalist Tim McMahon's blog, Double Cross. McMahon has also run back-stories on Mouthpiece's seven-inch releases, as well as their video for "Cinder" (viewable below).

Mouthpiece, Turning Point (who released their discography via Jade Tree in 2000), Lifetime (who recently came back in action), the more experimental Resurrection (Deathwish has dibs on their discog) and Rorschach (discog on Gern Blandsten) were some of the great bands of the NJHC scene of the early 90s, and luckily this discography affords you the chance to pick up a piece of that legacy without shelling out for shit like this.