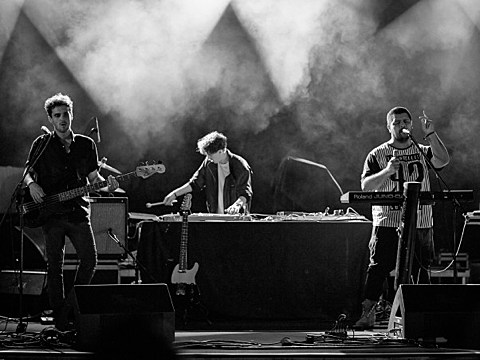 Australia's Movement are currently in North America bringing their nocturnal R&B to Banks tour. That tour hits NYC tonight (9/30) for a big show at Terminal 5 which is sold out. Even if you don't have tickets to the T5 show tonight, you can still catch Movement in NYC though. They headline a much smaller venue Wednesday (10/1) at Glasslands with The Mast and a DJ set from Lemonade before heading back out with Banks. Tickets for that show are on sale now.

Movement dropped their moody self-titled EP earlier in the year, so expect to catch jams from that on both the Banks tour and the few off-date shows they're playing. Their NSFW video for "Ivory" from the EP, with their list of dates, below...