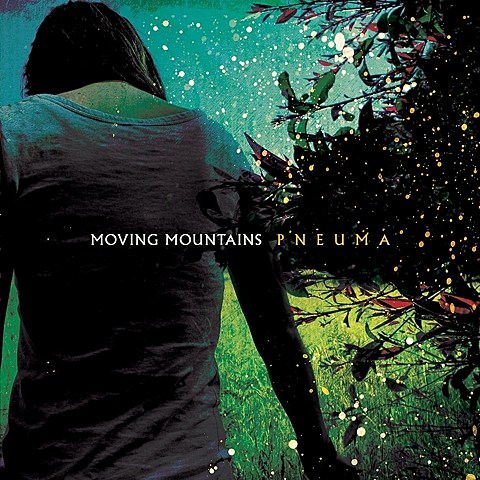 Moving Mountains went on hiatus in 2013, but this week (9/25) they're giving their debut album Pneuma an expanded vinyl reissue on Topshelf. They initially self-released the album in 2007, then it got a proper release the following year on Deep Elm (home to The Appleseed Cast, whose post-rock/emo blend was a clear influence on Mov Mou). It's impossible for me to be unbiased in any way whatsoever about this album. I went to high school and college with most of the Moving Mountains guys, booked a couple of their early shows, and have probably seen them live more than any other band, just by default. But I do know that Pneuma meant a lot and still means a lot to me, and it means a lot to plenty of other people too. It's not surprising at all to me that it is now being reissued by a label that's also home to records by Braid, The Jazz June, Pianos Become the Teeth, TWIABP, Defeater and more (and who already reissued their 2009 EP).

The album came out right in the middle of emo's dead zone, falling sonically and literally between the more experimental periods of the genre's bigger names like Brand New, Thursday and Thrice, and the post-rocky emo sounds that have been achieving success lately thanks to bands like Pianos Become the Teeth, Foxing, and The World Is A Beautiful Place & I Am No Longer Afraid To Die. After that album they would go through a few lineup shifts and change up their sound, but Pneuma will always be the one I go back to most. I did say I can't be unbiased, but I do strongly believe this deserves to be in the conversation if we're talking about the past decade's great emo albums.

The reissue comes with two remixes. One is by Hammock, a veteran of the type of post-rock that Pneuma was inspired by. The other is by Sombear (premiering here), who normally makes dancier music but is no stranger to this kind of stuff either. They take on "8105" and "Ode We Will Bury Ourselves," respectively. You can listen to both remixes and stream the entire album below.

Another reason I can't be unbiased: Part of the proceeds from this reissue will be donated to The Justin Veatch Fund, a youth music organization that was set up in honor of a friend of mine who passed away at 17 (whose music was posthumously released by Polyvinyl and and covered by Owen). Pre-orders are available at Topshelf.