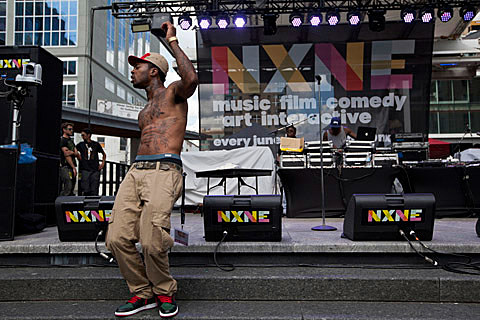 As discussed, sooner than that, Noisey does another Rap Party at Santos this Wednesday (10/9), which is the NYC stop on Black Milk's tour and also includes The Doppelgangaz (who play that same SOB's show as Deniro Farrar), Black Dave, Quelle, and DJ Sober. Tickets for that show are still available.

Flyer for Noisey's CMJ show below... 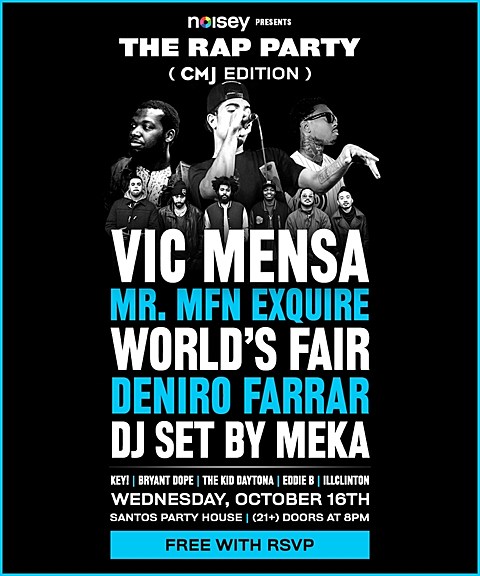