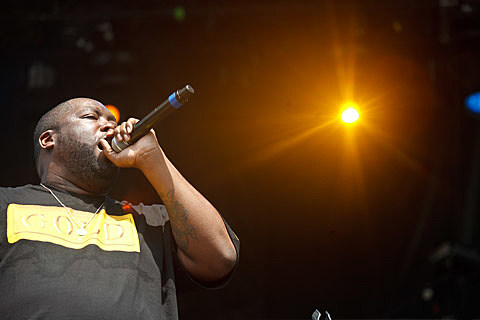 As discussed, Killer Mike and collaborator El-P have teamed up as the duo Run the Jewels, the name under which they released a free album back in June. That duo are also on a tour this year that hits NYC on Wednesday (8/14) at Webster Hall with Despot and Kool AD. Since we last spoke, Brooklyn rapper Mr. Muthafuckin' eXquire (who has opened for them before) has been added to the show as well. Tickets for the Webster Hall show are still available, and we're also giving away a pair. You can enter our contest on Facebook for a chance to win.

Updated dates are listed, along with a download widget for the Run the Jewels album, below...