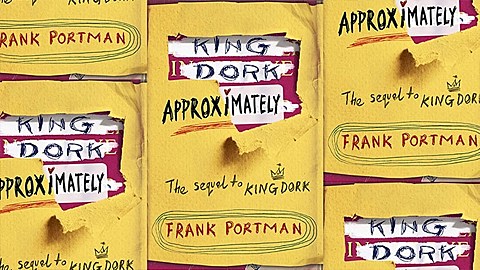 Lookout! Records pop punk vets The Mr. T Experience haven't released an album since 2004, but this week they dropped a new song, "King Dork Approximately," that you can stream below. The song shares a name with MTX frontman Dr. Frank Portman's new book, which is the sequel to his previously released King Dork. The book comes out on December 9 and can be ordered here.

To celebrate the release, Dr. Frank is having a release party in Oakland on Sunday (12/7) and another in NYC the day it comes out. The one in NYC happens at Housing Works, and will feature him playing live. Joining Frank is the always busy comedian Chris Gethard, punk everywhere-man Mikey Erg, musician/writer Zachary Lipez (Publicist UK, Freshkills), former MTX member Joel Reader, and a handful of other writers including Emily Gould, Jami Attenberg, Beth Lisick, Gayle Forman, Liz Prince and Maeve Higgins. The event starts at 7 PM and admission is free.