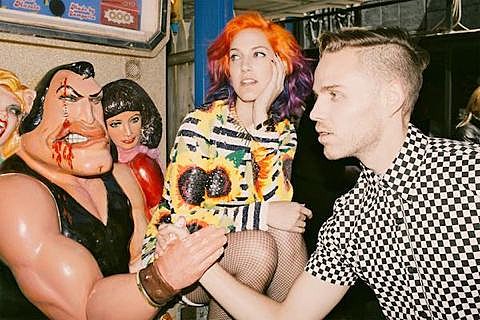 MS MR, who've been touring pretty much constantly since they released their album earlier this year, ran into some bad luck in the Pacific Northwest last week:

Well, we've been through another band rite of passage today: unfortunately our van was broken into last night at the Best Western near the airpot in Portland :( We're still gonna play tonight, guns blazing, but if anyone in the nearby area sees any of the below, please call the police and let us know!

Meanwhile, MS MR have happier news to share: a fall tour featuring, "1 van, 6 weeks, 23 cities, from Toronto to New York to Mexico City to Los Angeles, and many more in between." New York's show will be at Webster Hall on September 24. Tickets to that show go on AmEx presale on Wednesday (6/26) at noon with the regular on-sale starting Friday (6/28) at noon.