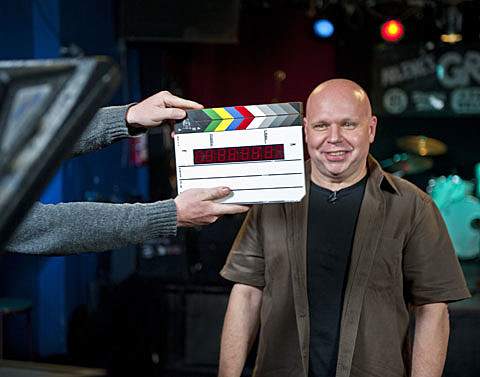 "MTV2's 120 Minutes with Matt Pinfield, the re-invention of MTV's prolific music series, is set to return to MTV2 as an on-air monthly series beginning Saturday, July 30th at 1 AM ET/ 10 PM PT. Matt Pinfield, 120 Minutes' most beloved and respected host, returns to provide music fans with an unfiltered look at today's hottest alternative and indie artists, as well as emerging artists spanning multiple genres including hip-hop and rock through exclusive interviews and music videos.

"I am ecstatic to part of the rebirth of this iconic and influential music series," said Matt Pinfield. "While the new show on MTV2 will feature the same dose of progressive music fans of the original 120 Minutes embraced and loved, we'll now be expanding outside the alternative music universe to feature a myriad of emerging artists and sounds from a variety of genres."

Did you know 120 Minutes had 12 different hosts? How many can you name. They're all listed below...