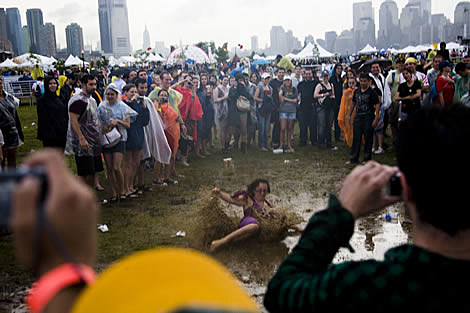 As the Yeah Yeah Yeahs tore into hits like "Zero" and "Runaway" at the All Points West Music and Arts Festival in Liberty State Park, Jersey City, Danielle Pukala, 24, from New York City and Kate Pluta, 24, from Boston, danced away happily in the mud.

"We're just having fun with it!," said Danielle.

And with the Yeah Yeah Yeah's high-energy performance, it was hard to keep still. The band ripped through songs from their latest album, "It's Blitz!" and well as older hits from their previous album "Show Your Bones."

And though it was only visible on the big-screen, lead singer Karen O wore an armband that read "Get well MCA," a tribute to Adam Yauch of the Beastie Boys, who had to cancel All Points West when he announced that he was diagnosed with cancer. [NJ.com]

There's no way all the mud from Friday is going to disappear by Saturday. Plan accordingly! More APW-muddy pictures below... 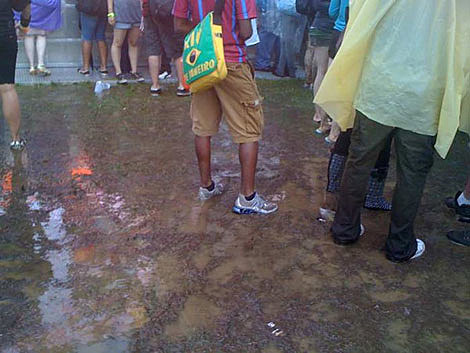 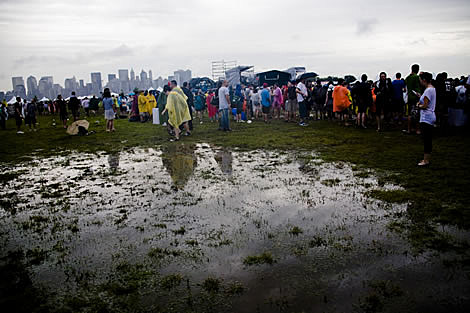 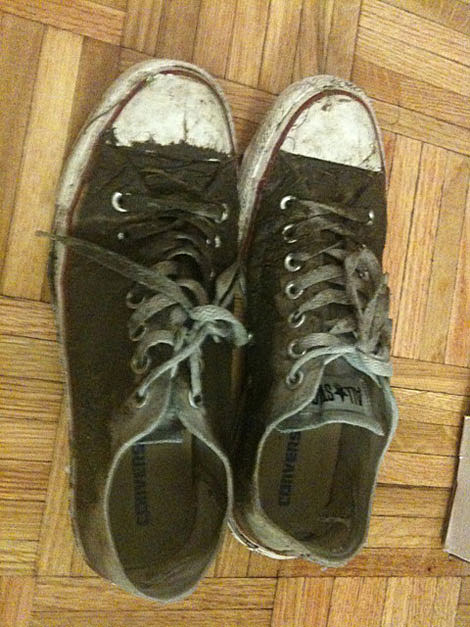 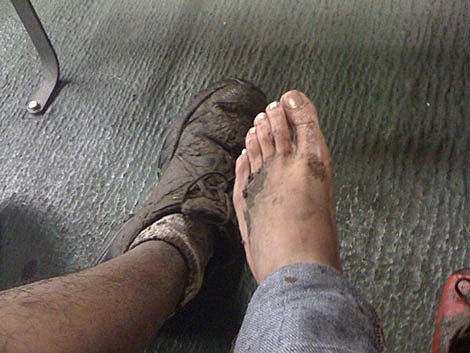 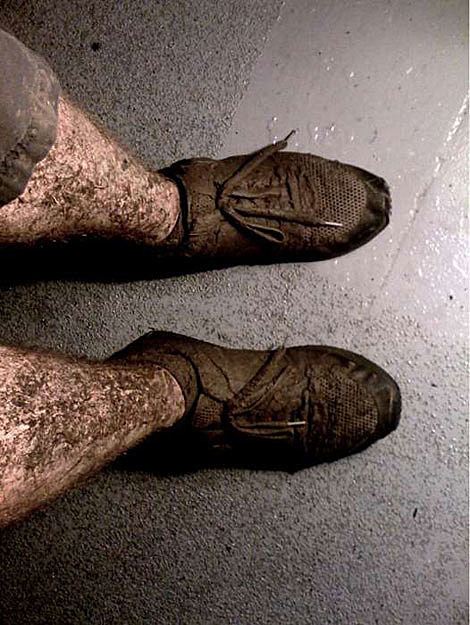 How muddy were your feet? Here's Saturday's schedule... 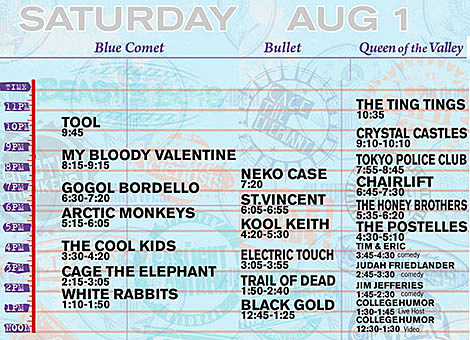