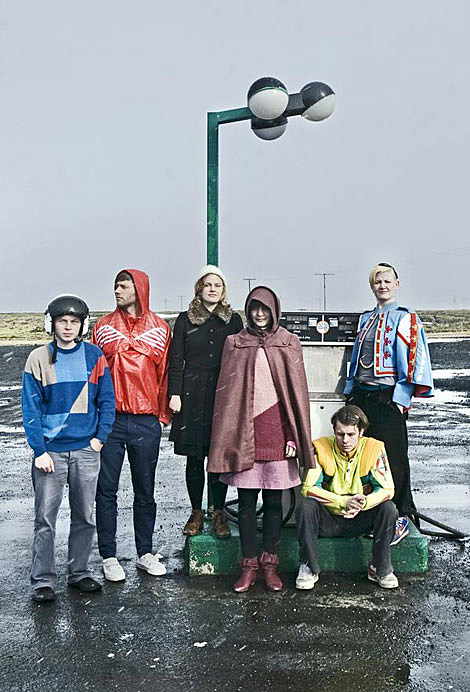 Iceland Music: When did you start recording this album - and who was involved this time around?

Örvar Þóreyjarson Smárason of múm: I guess we started recording last summer, maybe before that. Actually one of the songs we wrote and started recording while doing Go Go Smear The Poison Ivy, we've been playing live for a couple of years. It's pretty much the same group of people as on the last albums. Róbert Reynisson, the son of beast who has been touring with us since Ólöf went on hiatus, plays a big part on this album with his guitar shreds. And who knows when Ólöf comes back? But the only real rookie on this record is Högni Egilsson from Hjaltalín. He toured with us for a bit and brought some fresh winds, arranged the choirs and got lost in an airport.

The Ólöf mentioned is Ólöf Arnalds, who's been busy with her own solo efforts (most recently a show at Prospect Park Bandshell on June 26th). She's still a kind of defacto member of the group, though she isn't on the new record and won't be joining múm as they tour North America in October and November. That tour includes a NYC show on Saturday, October 24th show at (Le) Poisson Rouge. Tickets are on sale.

múm will be supporting the new album referenced above, Sing Along to Songs You Don't Know, which comes out August 24th on Morr Music. Sing Along will be their first record since the band's 2007, Fat Cat released Go Go Smear The Poison Ivy.

Another múm alum (those don't rhyme btw) Kristín Anna Valtýsdóttire (aka Kría Brekkan) just played July 1st at Brooklyn spot Sycamore. It was the last show of a short NYC tour -- hopefully there'll be more on the way.

múm album art, track list and all tour dates, below... 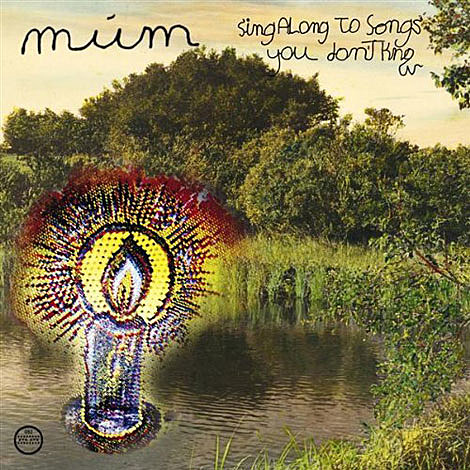 Sing Along to Songs You Don't Know tracklist:
01 If I Were a Fish
02 Sing Along
03 Prophecies & Reversed Memories
04 A River Don't Stop to Breathe
05 The Smell of Today Is Sweet Like Breastmilk in the Wind
06 Show Me
07 Hullaballabalú
08 Blow Your Nose
09 Kay-ray-ku-ku-ko-kex
10 Last Shapes of Never
11 Illuminated
12 Ladies of the New Century