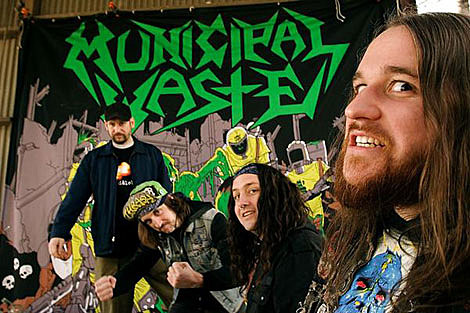 I don't have a list of the cancelled dates, but I know it does unfortunately include tonight/Tuesday's Dilinger Four record release party at Danbro Studios. The updated Brooklyn show lineup is below...

Flipper recently cancelled a tour and their replacement at the upcoming Fun Fun Fun Fest is...Municipal Waste. I assume that show is still on. More MW and DF dates HERE.