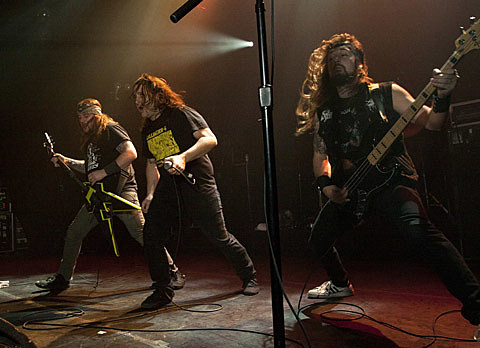 Municipal Waste are currently wasting America with the help of Gwar and Ghoul, but after those dates they'll head out on a trek of their own. The two legs of US dates fall in late May and June, with the first set including a stop at Chaos in Tejas and the second, with 3 Inches of Blood and Black Tusk, hitting Santos Party House on June 26th. Ticketing info is forthcoming. All dates are listed below.

Da Waste is preparing to release The Fatal Feast, their Nuclear Blast debut due next week. check out a video for the title track featuring John Connelly of Nuclear Assault below alongside all tour dates.