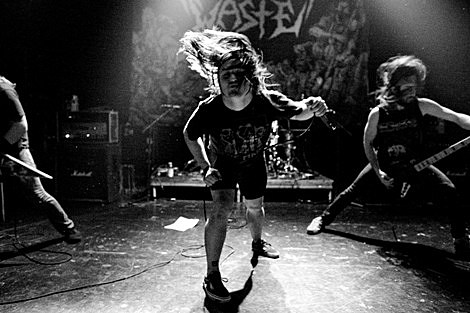 World War III anyone? May 22nd at Fontana's will be absolutely INSANE as Revolver magazine will host a screening party for their Revolver Golden Gods Awards show featuring a whopping triple bill of Municipal Waste, Ramming Speed, and Atakke(!). Doors are at 7PM and the show is 100% FREE.

Meanwhile, MW side project Cannabis Corpse has scheduled an NYC show of their own at Party Expo with Mutant Supremacy and Mutilation Rites on May 25. Full CC dates are below.

Municipal Waste are currently on their first tour of Japan. Full MW and Cannabis Corpse dates, and a couple of videos are below...