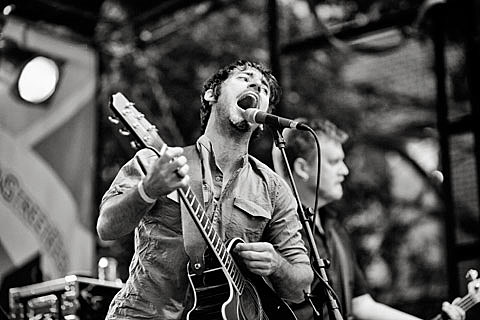 Murder by Death, who we just mentioned play New Year's Eve in Colorado with Lucero, will head out on a headlining tour not long after that in 2015. The tour includes an East Coast leg with another death band, O'Death (who were robbed and need your help), including two NYC shows. Those happen Bowery Ballroom on February 28 and Music Hall of Williamsburg on March 1. Tickets for those shows are on AmEx presale now and go on sale to the general public Friday (11/7) at noon. All dates are listed below.

Murder by Death have also announced that they'll have a new album out by then. Their seventh long player, Big Dark Love, will be out February 3 via Bloodshot Records. It's up for pre-order via Kickstarter with a number of different bundles, including options with a split 7" with Samantha Crain, a covers EP, an art book, private shows and more. You can check out the Kickstarter video for the LP, artwork and the tracklist below.

Meanwhile, O'Death will be in NYC even sooner on their tour with yet another death band, Death Vessel. That tour hits The Bell House on November 14 with Stone Jack Jones. Tickets for that show are still available. Again, if you want to help them out following the robbery, head to Gofundme.

All dates are listed, with the video, artwork and tracklist, below... 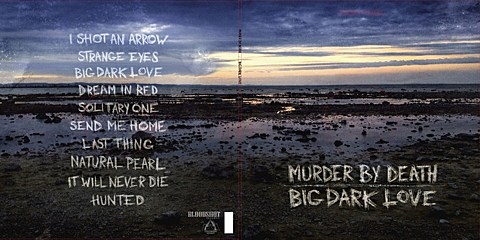