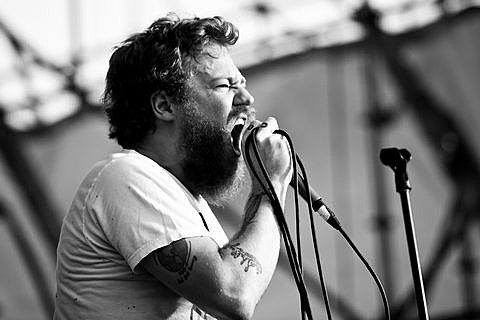 Organ-filled garage punk greats Murder City Devils have been going strong since reuniting in 2006, continuing to tour, and quietly releasing the "Every Day I Rise" b/w "Ball Busters In The Peanut Gallery" 7" in early 2012. It's a real solid single, and sounds surprisingly fresh for a band who hadn't put out anything new for ten years. The physical version is long sold out, but you can still pick up the digital for $2 at the band's webstore. You can also stream the A-side and check out a video of them playing the B-side at their 2010 Maxwell's show (filmed by unARTig) below.

The Seattle crew just wrapped up some dates on the west coast, including a show in Santa Ana with TSOL last night (11/12) (video of that below), and they've also announced some dates for 2014, including a January run in Texas and a February run in the Northeast. The Northeast run brings the band to NYC on February 8 at Webster Hall. Tickets for the NYC show go on sale Friday (11/15) at noon with an AmEx presale starting today (11/13) at noon.

All dates are listed, along with those videos and stream, below...