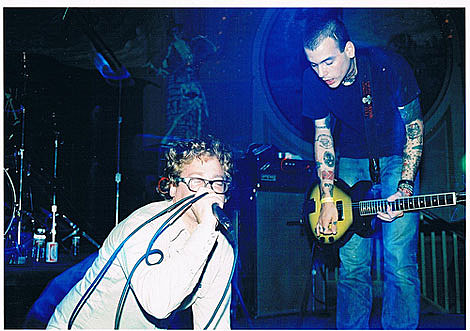 The Murder City Devils have scheduled a short tour of the West Coast in celebration of the deluxe vinyl releases of their Sub Pop catalog: In Name and Blood, Empty Bottles, Broken Hearts, The Murder City Devils, and Thelema EP. Full tour dates and flyer are below. Members of The Murder City Devils members went on to form Pretty Girls Make Graves and Big Business. This will be MCD's third stint as a reunited band: they reformed in 2006 for the Capitol Hill Block Party in Seattle and in 2007 for Fun Fun Fun Fest in Austin. All dates below... 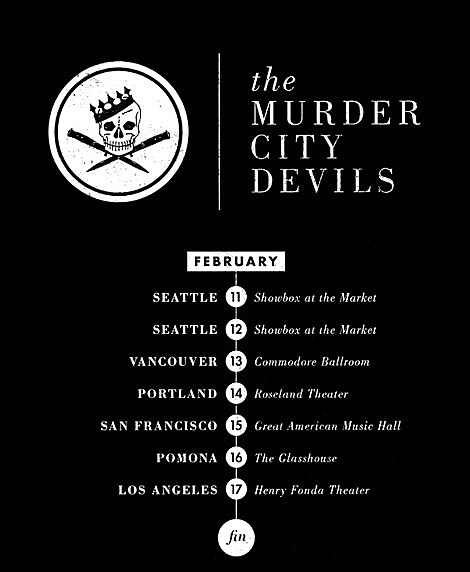