Live music is coming back, and in NYC, that means Rocks Off Concert Cruises are coming back too. A few were just announced, including Murphy's Law frontman Jimmy G's usually-annual birthday bonanza, which goes down August 12 with The Capturers (tickets). That's aboard the The Harbor Lights. Doors are 7 PM and the ship leaves at 8.

Next up: alternative rock vets Electric Six will board The Cosmo on July 17 (tickets). Doors at 6, departure at 7.

Grateful Dead tribute band WigJam will headline 'Ship of Fools 24' on September 25 aboard The Harbor Lights (tickets). Doors at 6, departure at 7.

Last for now, and definitely not least: DC ska-soul vets The Pietasters will set sail aboard The Lucille on October 16 (tickets). Doors at 6, departure at 7.

All of the shows will depart from Skyport Marina - 23rd & FDR Drive (EAST side). Stay tuned for any new additions. 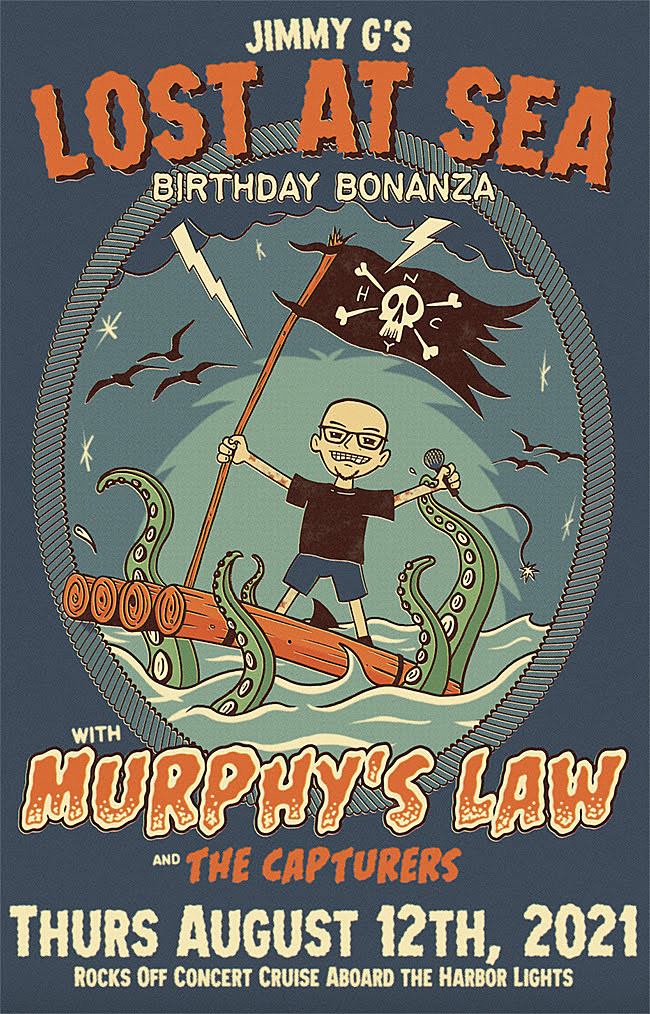