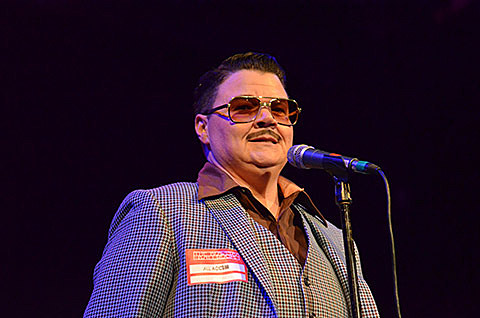 Downtown comedian and drag king legend Murray Hill will headline Gramercy Theatre for his first time on March 8 for a one-off of The Murray Hill Show. He's got some of his best pals (and impressive ones) lined up as guests for the show, including Beastie Boy Ad-Rock, singer/comedian Bridget Everett, Ad-Rock's collaborator and fellow rapper Champagne Jerry, and Peaches. They'll be backed by Murray's band The Rimshots (Jesse Elder, Matt Parker, Kenbal Zwerin, Arthur Vint). Tickets for the show are on sale now. Flyer below.

Meanwhile, you can catch Bridget Everett & the Tender Moments, who just made a new video starring Ad-Rock and Carmine Covelli (also of The Julie Ruin), monthly at Joe's Pub. Their next show is February 25. Tickets are still available.

Champagne Jerry, who also has a recent video with Ad-Rock, continues his monthly appearances at Joe's Pub as well, which are in conjunction with his album rollout. The next one is on March 7 and tickets are on sale now.

In other NYC drag news, Night of a Thousand Stevies, the annual Stevie Nicks tribute drag/burlesque/dance party, returns for its 24th year to Irving Plaza on May 9. Tickets go on sale today (2/7) at 10 AM.

In more related news, The Julie Ruin just made a video for "Goodnight Goodbye," which you can watch below. They also have an upcoming tour with Screaming Females, and Kathleen Hanna will be curating Sled Island (6/18-22 in Calgary) this year.

Video of Murray Hill and Bridget Everett, with the show flyer, below... 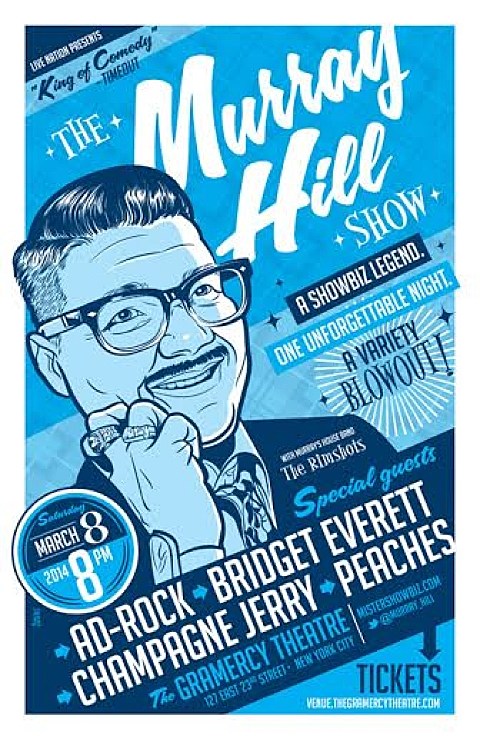