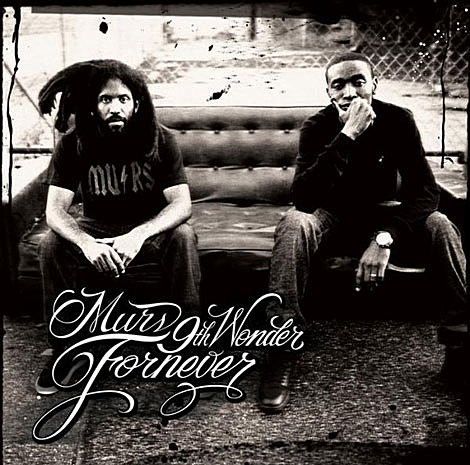 Some great upcoming hip hop shows in the coming weeks, starting with Murs who is back with producer 9th Wonder for a new album, Murs 9th Wonder Fornever. Check out the first track from the album, "3:16 Part 2" above. Fornever is due on April 13th, and one week later, the "Bad Man" will kick off a US tour in Arizona that has him crashlanding at Highline Ballroom on May 19th. Tickets are on sale.

One day before the "This is 50" event, One Be Lo will step back into his old role as a member of Binary Star for a show at Knitting Factory (4/28) with DJ Abilities, Pigeon John, Donny Goines, and Nyle. Tickets are on sale. One Be Lo is scheduled to drop his new solo album B.A.B.Y. on MYX later this year, which features appearances from Royce Da 5'9, Freeway, Zion I, Phonte, Jean Grae, and more. Check out a track from the upcoming LP above.

Though Before The Casket Drops has, um, dropped, Clipse is still on the road promoting the record, laying down dates in NYC at Highline Ballroom (5/6, tickets) and Baruch College earlier that same day. Ninjasonik is on board to get the party started. Full tour dates are below.

Finally, a few hip hop greats from the 90s are scheduled to play NYC in the coming weeks. Naughty by Nature and Black Sheep will team up for a show at Brooklyn Masonic Temple on 5/21 (tickets still on sale). Cypress Hill could easily play a room much much larger than SOBs, but look for them at the venue on 4/15 (tickets still avail) and the blastmaster KRS-ONE on 4/20 (tickets). Wait... shouldn't those dates be reversed?