Barney is not a member of Melrose 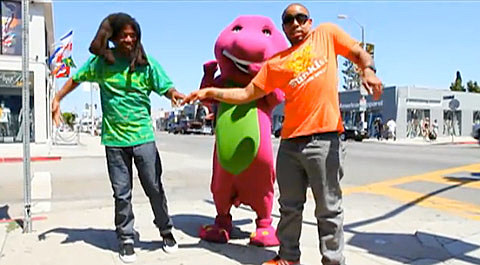 MURS will play Music Hall of Williamsburg on March 12th, one of a few dates laid out for the great MC as part of a trip to the Northeast before he hits SXSW. Tickets for the Brooklyn show go on sale Thursday (1/13) at noon. All dates below.

MURS' last release was the collaborative Fornever, which saw him reteaming with 9th Wonder and dropped in April of last year. His latest project is with Terrace Martin as Melrose, which will see release via a new LP on Feb 8th. Look for it at his website, and check out a video trailer for the project below.

MURS also has another release in Varsity Blues 2. The Aesop-Rock-produced title track can be downloaded now for the price of your email.

All tour dates, that Melrose vid, and a MURS cover of the Common classic "I Used to Love H.E.R." are below.