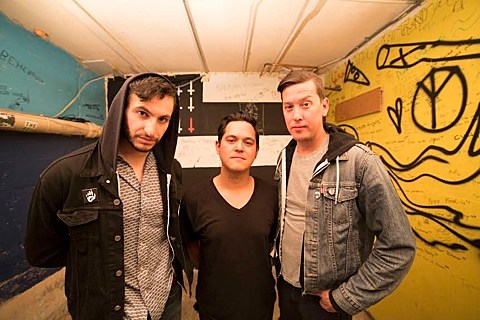 Muscle Beach is a trio from Denver with ex-members of Dirty/Heavy and The Greys of Gold, set to release their self-titled debut album this week on Sailor Records (pre-order). It's pretty frantic post-hardcore that's already gotten a few comparisons to Refused (an admitted influence), and there's maybe a little Blood Brothers in there too. Like those bands, they pull off being catchy, weird and aggressive all in the same song. Dave Otero (who's worked with Cattle Decapitation, Cobalt and more) produced this thing, and a full stream premieres below.